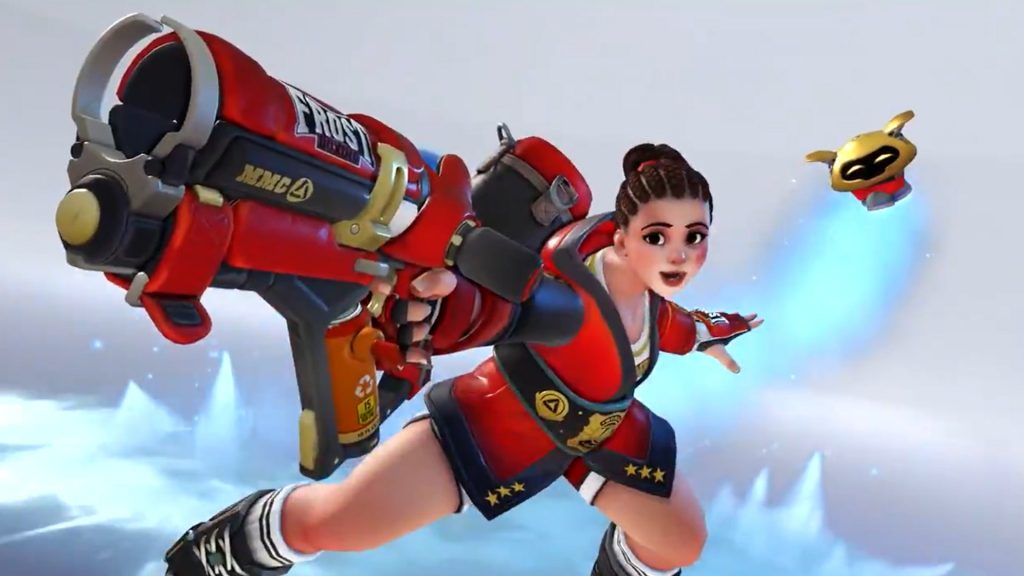 Overwatch is adding a new Legendary skin for Mei in promotion of Overwatch League’s May Melee event. The skin is called MM-Mei, and it puts everyone’s favourite ice queen in MMA-inspired gear, complete with everything from bruises to a championship belt. The skin also puts Mei’s hair in cornrows, a style most often worn by Black people, and it’s reawoken a long-standing criticism of Overwatch’s efforts at diversity and inclusion.

The MM-Mei skin appears to be loosely based on Zhang Weili, a Chinese fighter who was the UFC Women’s Strawweight World Champion until just a few days ago. She – as with many other MMA fighters with long hair – typically fights wearing a similar sort of braid. But Overwatch’s long-criticised lack of Black women has become a sticking point, and for some players, Mei’s cornrow makeover is salt in the wound.

A quick look at Twitter will show the spread of criticism – I’m not just going to run through a list of critical quotes here, but the general idea is that Blizzard should’ve been able to recognise the controversy Mei’s design would cause. Especially since – with Sojourn confirmed as an addition to Overwatch 2 – the original Overwatch will never feature a playable Black woman.

“Since the May Melee is the first Overwatch League tournament of the year, we wanted to design a skin that represents the peak of competition,” Blizzard explains in its announcement. “We felt combat sports like boxing and MMA embodied the theme well and used this to begin designing the Legendary skin. Last year we saw others in the community having fun with the May-Mei pun, and therefore felt Mei was the obvious hero choice for a May Melee skin.”

Put ’em up, MM-Mei is stepping into the ring 🥊

Secure this legendary Mei skin TODAY, just in time for the #OWL2021 May Melee!

MM-Mei is set to be available for 200 Overwatch League tokens through May 11.