Home » Path of Exile’s Scourge expansion sends you to a demonic, alternate Wraeclast

Path of Exile’s Scourge expansion sends you to a demonic, alternate Wraeclast 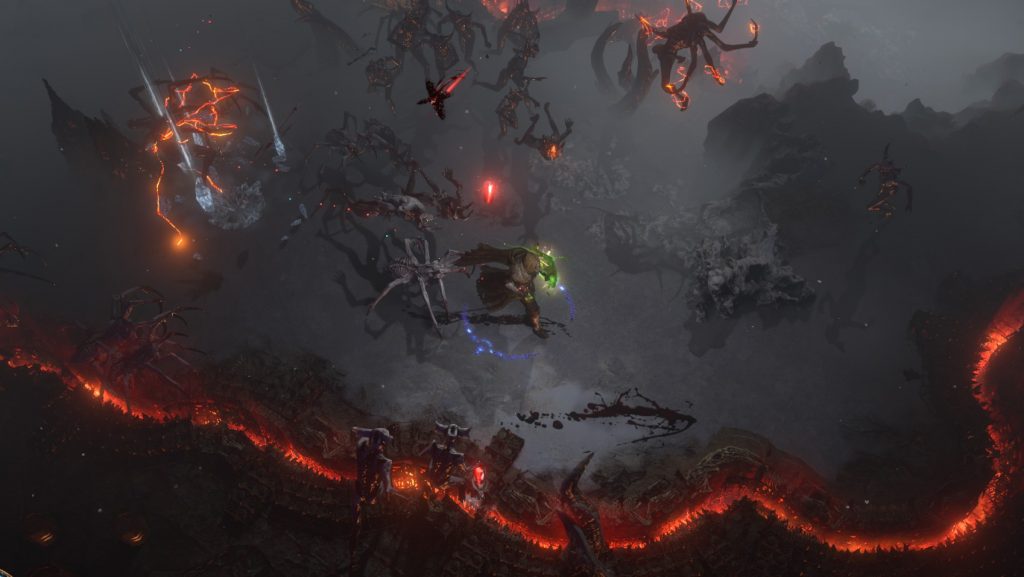 Path of Exile’s upcoming Scourge expansion introduces a new challenge league to the free-to-play RPG game that will have you hunting demons on their home turf – an alternate, evil-infested version of Wraeclast that you’ll visit by spilling the blood of monsters. While the trip will be dangerous, it will also yield up some of Path of Exile’s best rewards yet.

Grinding Gear Games revealed details about the Scourge expansion today in a livestream, which also explained some coming changes to endgame content, a rework to the passive skill tree, brand new skills coming to the game, balance changes, and improvements to guilds.

Scourge will kick off as you’re leaving Lioneye’s Watch, where you’ll encounter an NPC who appears out of thin air, seemingly pursued by unseen tormentors. Grinding Gear Games says she’ll give you something called a Blood Crucible, along with instructions to embed it in your own body – a somewhat odd request from someone you’ve only just met. Nevertheless, the Blood Crucible is your ticket to an alternate dimension that is crawling with demons called the Scourge, and you’ll have to use blood collected from slain enemies in order to pay them a visit.

You can watch the full livestream here:

The more blood you collect in the Crucible, the longer you’ll be able to stay in the demonic version of Wraeclast, and there are good reasons to stick around: specifically, you can pop an item into the Crucible, which will absorb corruption while you’re busy bludgeoning Scourge. Collect enough corruption, and the item will itself become corrupted, gaining a pair of Scourged Modifiers that add one positive and one negative trait to your item. You can do this up to three times, so if you wind up with mods you don’t like the first time, you’re not stuck with them.

For the endgame, you’ll be able to place place Atlas of Worlds maps into the Blood Crucible, making them more dangerous and more rewarding – the devs say the system is meant to let players determine the level of challenge they want to take on in Scourged’s endgame. Transforming maps too many times, in fact, can make them too dangerous to finish – so transmogrify with caution, as we always say.

On October 14th at noon PDT, we’ll reveal the full details of our upcoming Scourge expansion via an exclusive livestream. This post contains everything you need to know before the livestream starts.https://t.co/3QE2hFWOxs pic.twitter.com/ri7hYPGfLJ

Also coming with the expansion is new ‘Uber’ endgame content. Endgame activities like Breach, Blight, Legion, and Delirium all have uber versions that ramp up both the difficulty level and the potential rewards earned for completing them.

Grinding Gear Games says it’s also taken a careful approach to reworking Path of Exile’s complex passive skill tree, with a mind to keeping it familiar enough for players who have sunk lots of time into it while cutting away lesser-used skills or and distractions. The idea is to open up build options for players, without forcing them into particular paths in order to pick up specific niche skills they want.

There’s plenty more in the livestream, which you can watch on demand in the video above. Path of Exile: Scourge arrives October 22.