Payday 2: The 10 Best Skills In The Ghost Tree 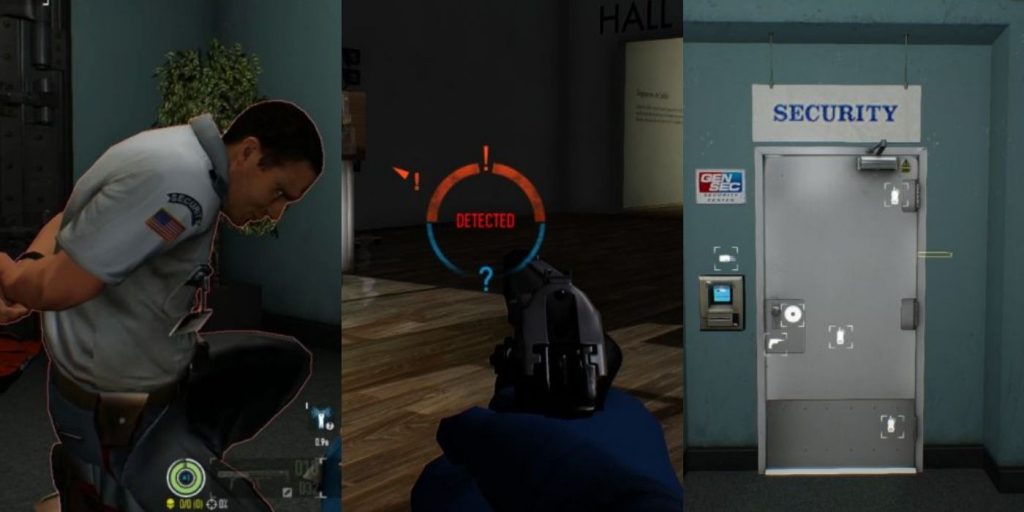 Nearly 8 years since its initial release, Payday 2 continues to receive regular updates and even new DLC’s. Developed by Swedish developers Starbreeze, Payday 2 allows players to work alone or as part of a team to plan and execute bank heists.

The game’s strong attention to detail means there are numerous different stages to a successful heist, from casing a target beforehand to unlocking safes while security closes in. Ghost builds are a valuable addition to any team, capable of scouting and infiltrating areas to remove hazards for other teammates.  Players who want to specialize in stealth should put most of their SP into skills from the ghost tree but these skills can also mix well with certain technician perks.

Most tier 1 skills aren’t worth acing and should only be unlocked to access the better bonuses higher up the tree. However, stealth purists should aim to fully upgrade the entire Shinobi tree as many of these abilities are essential for staying hidden and avoiding combat.

As the name suggests, the chameleon perk makes a character more invisible to nearby NPCs. When in casing mode, this skill will give the player extra time before civilians and guards become suspicious of them. The ace for this skill is extremely useful as it allows the team’s stealth specialist to steal crucial items like keycards while in casing mode.

Payday 2 is a game with numerous missions full of tiny details, one of which takes influence from the movie Point Break. As such, players shouldn’t expect to avoid combat entirely. Ghost builds have a range of abilities in the silent killer tree for assassinating enemies without being detected. It is important to conceal dead or unconscious bodies to prevent the heist from being discovered too early.

By getting the cleaner skill, players can carry extra body bags each of which will be able to carry more objects. When this perk is aced the player will get to place two body bag cases down each mission. These cases contain multiple bags and don’t cost money for bag removal.

As with any great tactical shooter, moving fast is essential for escaping firefights and diving into cover. Ghost builds will find higher movement speed to be very useful for flitting between hiding places while avoiding detection.

The parkour skill increases a player’s movement speed while running and climbing ladders. The ace for this skill is not essential as players will find they rarely use it. However, being able to reload while sprinting can definitely be a bonus when covering teammates while they escape. Moving up ladders faster can be a great benefit for running away from alerted guards.

Naturally, the most important ability for any stealth specialist is being able to remain hidden for as long as possible. The team’s ghost should let his stronger comrades draw enemy fire while they move ahead to penetrate the bank’s security.

Optical Illusion makes enemies 35% less likely to target any character who purchases it, giving them the space to perform other actions while their teammates cover for them. Players can take 1 extra concealed item if they ace this skill. The Car-4 can be upgraded to have the best concealment score of any gun in the game, making it perfect for ghost builds.

Payday 2 is a game where the main objective of emptying a safe or vault can be achieved in a number of ways. Players are even free to kill all the guards with a giant spoon should they wish. The team’s stealth specialist will often create a mixed build using both ghost and technician perks to help hack a bank’s security systems after they have infiltrated far enough to reach them.

The Nimble skill allows a player to temporarily disable a camera for 25 seconds and lock pick non-titan safes when it is aced. These abilities can be used to obtain more loot during heists and get a whole team of 4 through high-security without being seen.

Ghost builds are good for solo players who want to try and sneak in and out of a facility while avoiding combat. However, sometimes violence is unavoidable, and concealed weapons will be needed to deal with enemies when they do become alerted.

The Inner Pockets skill allows a player to carry an extra concealed melee weapon, which will come in handy when performing stealth kills. Acing this perk offers extra concealed ballistic vests which can be smuggled into a bank and distributed to other teammates once inside. Carrying extra objects is very important for larger maps such as the Breakfast In Tijuana DLC.

There are many layers of security between the heist crew and their quarry, with some being harder to get around than others. As well as silent alarm and security cameras, regular citizens can also call the police if they become suspicious or panicked.

ECM Jammers are extremely valuable pieces of equipment for any stealth build and skills that make them better are worth acing. The ECM Overdrive ability prolongs the effects of jammers and makes them capable of opening electric doors as well as cameras and civilian phones.

One of the main jobs of a stealth specialist takes place before the heist even begins when players need to case their target and plan how they will execute their robbery. Marking enemies is an important part of recognizance work as it helps the player monitor potential threats without directly looking at them.

The High-Value Target skill makes all marked enemies take 15% more damage. After a ghost character has scouted out a room and marked all of the hostiles within, it will be easier for his teammates to eliminate them quickly and efficiently. The ace for this perk increases the damage bonus to 50% and extends the amount of time guards will stay marked.

Staying undetected for as long as possible can make escaping a successful heist much easier. Once a team has been discovered it is likely that law enforcement will be called to provide reinforcements. As such ECM jammers are essential for shutting down cameras and communication systems.

By acing the final skill in the Shinobi tree, players will receive one extra ECM Jammer for each mission as well as being able to use them to turn off the pagers on security guards. This makes jammers even more powerful and helps players isolate particular enemies so they can be taken out silently.

Many of the heists in Payday 2 include large maps filled with enemies and obstacles for a crew of players to overcome. Marking the positions of security guards and cameras is a useful way for players to avoid unpleasant surprises and stay hidden for as long as possible.

Players can mark any enemy by looking at them while in casing mode. Alternatively, the Sixth Sense perk can be used to mark all enemies within a 10-meter radius while in stealth mode. Once aced, this skill provides a character with all the insider assets for a given heist, including blueprints and details of the various security systems.

Next: Payday Developer Says Its Financial Problems Are Behind It


Next
Skyrim: 10 Characters You Can’t Romance (But Should Be Able To)

Beau Low is a writer, gamer, painter and tabletop strategist from the Highlands of Scotland. He enjoys a variety of games, from Xcom to Dark Souls, and challenging himself by trying new things.