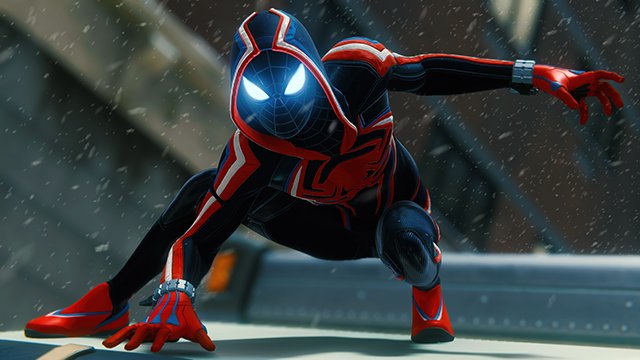 Microsoft’s first-party stable of developers has exploded over the past few years, culminating with the huge $7.5-billion purchase of Bethesda in September 2020. While it had more studios to start with, Sony hasn’t quite kept up with Microsoft in this regard, even after buying Spider-Man developer Insomniac Games in August 2019. However, it still seems that Sony is looking to acquire more teams, according to Head of PlayStation Studios Herman Hulst.

Hulst described the mantra of growing its internal teams and relationships in an extended podcast version of the Q&A that revealed that the next God of War would be coming in 2022. When prompted if more studio acquisitions were being explored, Hulst spoke about how Sony is trying to expand its internal roster of teams.

“Well, yes,” he stated. “We’re exploring options all the time. While we’re incredibly lucky to have the bench strength of studios that we have, in my mind, some of the best studios in the world, we’re always looking to continually grow and strengthen.”

And these potential partnerships aren’t just relegated to new or veteran teams and sometimes they’re not even business-related conversations.

“We’re growing PlayStation Studios so we’re constantly in conversation with developers whether they’re established studios or new teams,” Hulst continued. “Sometimes these conversations are just interesting exchanges about games or about the industry at large and other times, we are looking to take the conversation in the direction of a partnership, which can then take several forms.”

He then went on to talk about Insomniac Games and how PlayStation has been working with the studio for decades before 2019 made it “the right time for that relationship to progress.” And given the success and prowess of the team, Hulst said that made it even more worth it to more heavily invest and support them and “let them grow.” He also said that relationships don’t always need that long to prosper, relaying how Sony acquired Guerrilla Games (which Hulst co-founded) just four years after signing the deal to develop the first Killzone.

Hulst was quick to emphasize that these deals would have to benefit all parties. In his eyes, PlayStation Studios would have to “help and add value to those studios” while the developer in questions would need to add something to PlayStation’s portfolio and “ecosystem as a whole.” He cited that one of the PS5’s biggest strengths was how easy it was to develop for because it was made with developer input. And being able to give that kind of feedback was valuable, implying that a first-party studio would likely have to give knowledge as well as games.

Earlier in the interview, Hulst also talked about partnerships with developers like FromSoftware and Kojima Productions and compared them to Sony’s internal teams, saying that “there really is no difference” as they are “all PlayStation Studios.” Given how Hulst seems to look similarly at its internal teams and external partnerships, it’s unclear what option Sony is going to prioritize going forward with regards to Hulst’s words. Sony, after all, seems to be tracking down a bunch of third-party console exclusives from Deathloop to Ghostwire Tokyo to Forspoken in addition its exclusive first-party-developed games like Spider-Man, God of War, and Ratchet and Clank. Regardless, it looks like Sony is trying to boost its development, be it through these deals or through buying developers.