Home » PlayStation Plus September 2021 Games Cooking Up a Storm

PlayStation Plus September 2021 Games Cooking Up a Storm 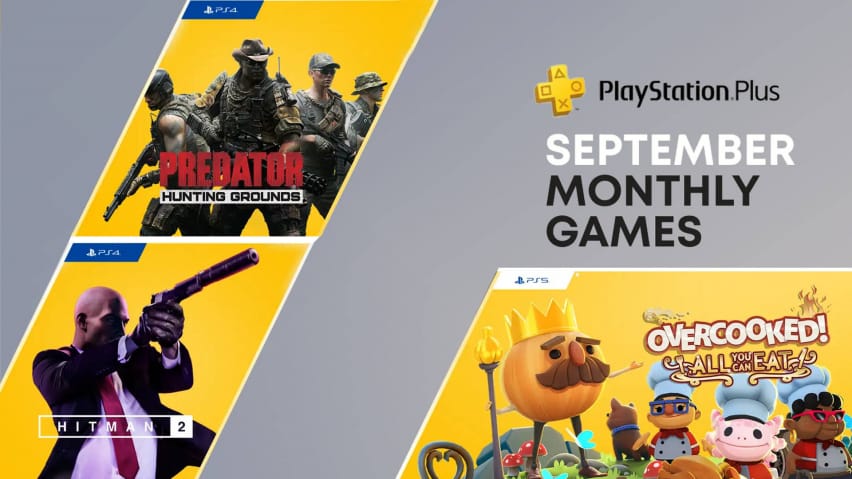 It’s that time again — the PlayStation Plus September 2021 games have been announced and there’s a little something for everyone on PS4 and PS5 starting next month.

PlayStation Plus is Sony’s flagship subscription service for the PlayStation 4, PlayStation 5, and the shrinking number of PlayStation handhelds out there in the world. PS Plus is required for online play, but it has some perks — every month, players will get access to a few games that they’ll get to keep as long as they are subscribed. The September batch of games have been announced and they’re looking pretty good — let’s dive right in!

PlayStation Plus September 2021 Games – Overcooked: All You Can Eat!

The first of the PlayStation Plus September 2021 games is Overcooked: All You Can Eat!, a duology that features tons of chaotic cooking fun for a franchise that just celebrated a recent anniversary. As the name implies, this is a collection of Overcooked!, Overcooked! 2, and all of the DLC for both games.

The Overcooked games are all about players working together to make meals and fill orders for customers at a restaurant. These restaurants are a bit unusual, though; some locations include moving trucks on the highway (which split apart for some reason), icebergs, and countless other really weird places to set up a restaurant.

Predator: Hunting Grounds is a game that’s not exactly fair. On one side, you have a four-person fireteam attempting to complete a mission. On the other side is the titular Predator, a deadly alien that is hunting the most dangerous game of all.

Players get access to a variety of different playstyles and weaponry regardless of which side they choose to play on. This is best represented through the classes that you can pick, each of which gives you some new options for taking down the Predator or slaughtering some pesky humans for fun and profit. Then again, you could always try to outrun the Predator with a certain iconic football star.

Finally, we have yet another piece of media where you can kill Sean Bean: Hitman 2 is joining this month’s PlayStation Plus lineup. Although this game is a bit older, it also happens to have a fair amount of content that was released during its lifespan.

Hitman 2 continues the modern trilogy of games featuring the mysterious Agent 47, a contract killer with a barcode on the back of his head and a penchant for thinking on the fly. You’ll have to hunt down all sorts of targets — some mundane, some murderous — and use whatever weapons you can manage to get your hands on to get away with a clean kill.

And that’s it for the PlayStation Plus September 2021 Games! These games will be available from Tuesday, September 7–Monday, October 4, 2021, according to today’s blog post. You’ll need a PlayStation Plus membership to get these games, though;  you can get one in 12-month, 3-month, and 1-month increments to get access to these games (and online multiplayer, too).

Disclosure: Amazon works with TechRaptor for affiliate partnership, and TechRaptor earns a small commission off purchases made from some links in this article.

What’s your favorite game in the PlayStation Plus September 2021 games? What other games would you like to see on PS Plus? Let us know in the comments below!