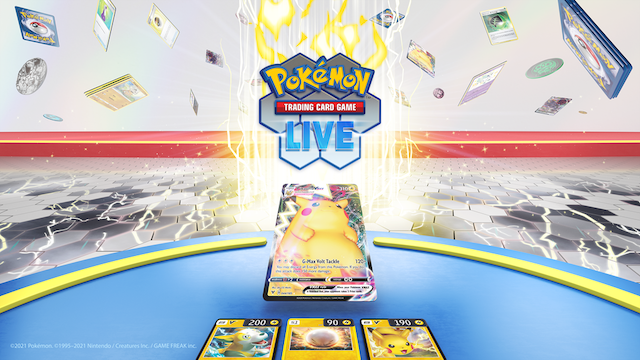 The Pokémon Company revealed a brand new app on Monday that allows players to enjoy the classic trading card game in a brand new way in the form of a free-to-play game.

The new app, Pokémon TCG Live, is designed to be “easy for beginners to learn how to play the game, while offering fresh challenges for existing players to improve and test their skills,” the company said in a statement. Things like building decks with Pokémon cards, battling other trainers, and even customizing your own Avatar with special Pokémon TCG accessories will be available. The Pokémon Company also said that the app will feature different daily quests, and will be updated with new content often after it launches.

“As we look back on 25 wonderful years of Pokémon, we are once again reminded of how the Pokémon Trading Card Game has always been a strong pillar of the franchise and beloved by young and veteran Trainers alike,” said Barry Sams, vice president of the Pokémon TCG at The Pokémon Company International. “Pokémon TCG Live will go hand in hand with the tabletop version that fans know and love, and welcomes a new era of digital play where Trainers around the world can play together regardless of their preferred platform.”

Pokémon TCG Live has no official release, and is only said to be coming “soon,” but will release on iOS and Android devices, as well as on PC and Mac via Pokemon.com. A soft launch in Canada and a global open beta for PCs and Mac will take place sometime later this year as well.