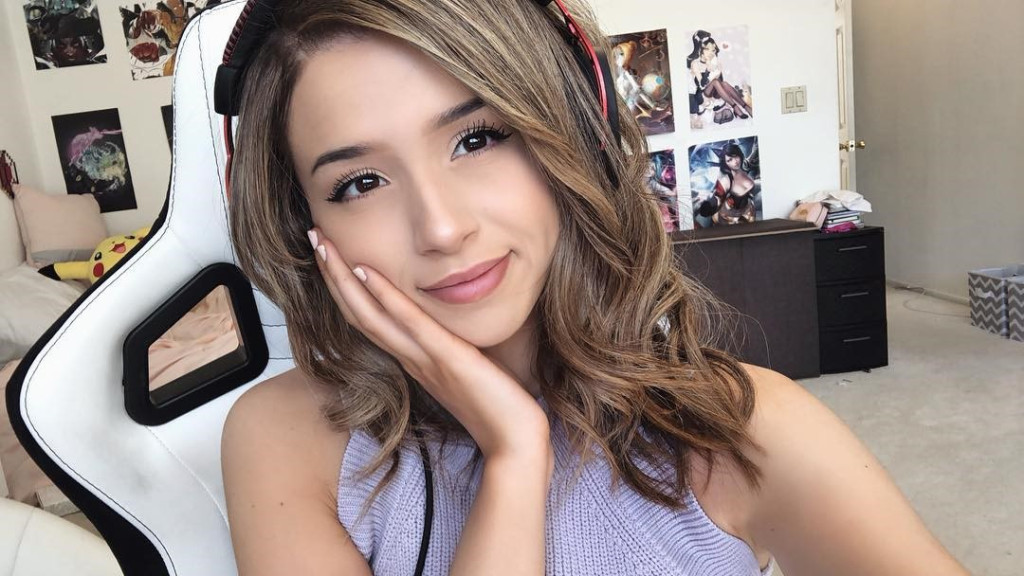 Imane “Pokimane” Anys has been playing games for more than half her life. Today, it’s her full-time career: She’s the most-followed woman streamer on Twitch, as well as one of the 10 biggest live-streamers overall on the platform.

As a prominent female personality in the historically male-dominated games sector, Pokimane strives to create a positive and welcoming community for all her fans. But the 24-year-old also has been on the receiving end of regular torrents of harassment — like every prominent woman online has — a situation that Amazon-owned Twitch has specifically taken steps to address recently.

Earlier this month, Twitch adopted an unusual offline conduct policy that will ban users for behavior including sexual assault that happens off the service. That came after the Amazon-owned company updated and expanded its Hateful Conduct and Harassment policies, which went into effect in January. Among the changes, Twitch promised more aggressive policing of sexual harassment and abuse targeting people of color.

Pokimane applauds the new Twitch policies and believes they reflect the changing demographics of the gaming community the last few years.

“I do think all the moves they’ve taken are the right ones,” she says of Twitch, where she has 7.7 million followers. “I’m very grateful about that… Ultimately, I think companies will follow the large majority of the feedback or do their best to implement positive changes.”

Pokimane adds, “I think it will only get better from here. I think that’s largely because of how mainstream [gaming] has become — it gets closer to a 50-50 [gender] dynamic.” The community also is diversifying by attracting more people of color and LGBTQ creators, which, she says, “allows more voices to be heard.”

“With every year, I see improvement and progress,” she says.

Pokimane — a portmanteau of “Pokémon” and her first name, Imane — has been streaming since she was 17. She goes by “Poki” for short.

Asked what her all-time favorite games are, Poki says that “Fortnite” and “League of Legends” will always have “such a special place in my heart,” as those were the titles that helped her attract such a massive fanbase. In the past year, she’s also been playing a lot of Riot Games’ “Valorant,” one of her newest favorite games.

More recently, she played CD Projekt Red’s “Cyberpunk 2077” (the initially buggy action RPG). “I got a little motion sick so I had to stop, but it is a beautiful game,” she says. Poki also is a fan of games that skew toward younger and more female, like “Minecraft.”

Like many other digital creators, Pokimane says she’s not especially interested in breaking into TV or film. “I love the creative freedom” of being a digital creator, she says. “I love being able to set my own hours and have control over how much that changes over the years, and how I grow and develop over time.”

That said, Poki this summer will make her film debut in 20th Century Studios’ “Free Guy,” starring Ryan Reynolds, which is now set to premiere Aug. 13. Directed by Shawn Levy, “Free Guy” follows a bank teller named Guy (Reynolds) who discovers he’s an NPC — a non-player character — in a video game that’s on the brink of being shut down.

Pokimane makes an appearance alongside other top game streamers Ninja and Jacksepticeye. “It’s a cameo — I only know how to be myself,” Poki says with a laugh. “I don’t want to spoil too much, but [in the scene she is in] we are reacting to something pivotal that is happening to a game.”

Shooting her part of “Free Guy” was a different experience from her normal setup of “just me and my camera.” She admits that while it was a “very, very fun experience,” working on a professional film or commercial project “is always a little tedious. You are filming the same scene over and over.”

Another exciting recent development for her: Pokimane recently got her own “Fortnite” emote, patterned after one of her TikTok dances. “I cannot believe there is some sort of in-game item that is mine, created by me,” she marvels. “That blows my mind! I feel like it’s the epitome of every gamer’s dream.”

Born in Morocco in 1996, she moved with her family when she was four years old to Quebec, Canada. She became a gamer because of her brother Mo, who is three years older than her — starting out with Game Boy, Nintendo DS and Wii. Pokimane began playing MMOs (massively multiplayer online games) in middle school, and in high school discovered what would become her calling: Twitch.

After going to school for the day, “I would watch Twitch streamers — especially female streamers. I found them more relatable,” she says.

She enrolled in McMaster University in Ontario, studying chemical engineering, but dropped out after two years to become a full-time streamer. “I felt like I was at a crossroads, and I had to give up one or the other,” Poki says.

Her parents originally wanted her to get a college degree but now fully support her career choice. After she hit it big, it became “easier to explain to [my parents] what I do,” says Pokimane, who now lives in L.A. Her mom recently called while Poki was live-streaming; the two chatted in French and her mother enthusiastically introduced herself on speakerphone. “My mom is so much like me!” Poki said after hanging up. “You see where I get it from.”

The COVID-19 pandemic brought even more attention and eyeballs to games, but Poki says, “oddly enough, I feel guilty saying that, knowing the pandemic was such a difficult time for so many people. As Twitch streamers, we were already in a position of privilege.” At the same time, games have become a safe and fun way for friends to interact during the pandemic: “You couldn’t go outside, but you could still do an activity from the safety of your room. It became a more normalized way for everyone, not just gamers, to hang out.” Even so, she’s looking forward to going back to in-person conventions and traveling.

Pokimane is repped by UTA, which recently partnered her with mobile payment service CashApp for a year-long endorsement in which she does weekly cash giveaways to fans. Pokimane’s other recent deals include partnerships with Samsung, HyperX and Verizon.

In addition, she’s pursued her interests in fashion design, as the creative director of clothing brand Cloak — whose partners include Markiplier and Jacksepticeye — and wellness, as she recently invested in percussive muscle therapy device company Therabody (formerly known as Theragun), whose investors also include Rihanna, 2 Chainz, Karlie Kloss and Justin Timberlake.

“I’ve seen Poki grow from a young woman who played video games as a hobby to a businesswoman, and it’s been such a pleasure seeing her pave her own path when it comes to her business ventures,” says Hana Tjia, her esports agent at UTA. “She is a multifaceted creator, one who really understands her community and has cracked the code to livestreaming success.”

Poki is now looking at investing in other business ventures and also consulting for a few gaming companies. At this point, she’s ruled out creating her own video game. “I’m not sure it’s something I am able to pursue right now,” she says. “I would have to dedicate so much of my time toward it.”

For female gamers in particular, online harassment “can be very demoralizing,” she says. Poki offers this counsel: “Block out the negative people and listen to the ones you feel truly understand you.” She also says it’s critical to have a good support system, with friends who can support you through difficult days.

“I’m fortunate to know other female gamers,” Pokimane says. “It’s been enormously helpful, if not essential. It would have been really hard to do without those good friends.”