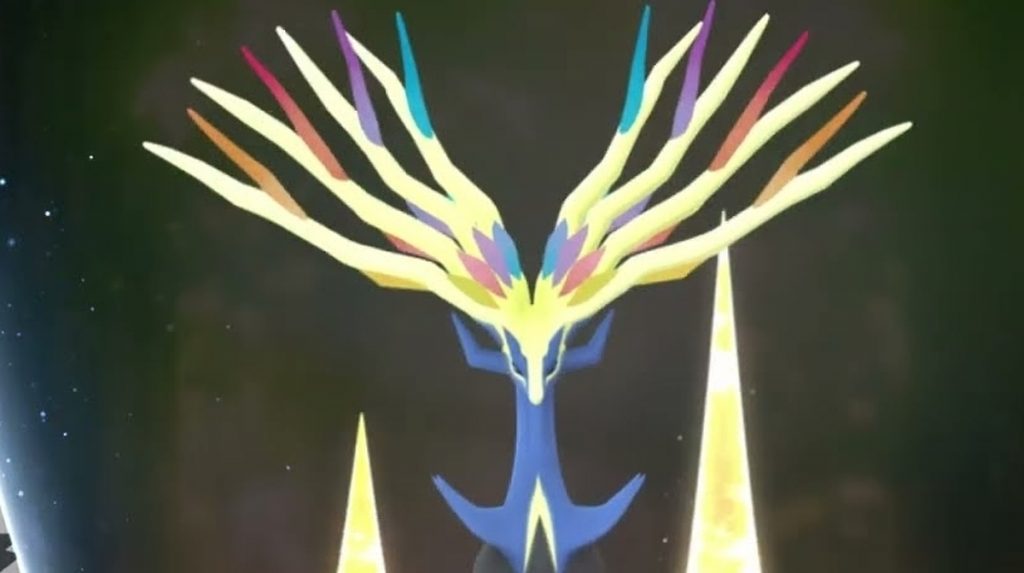 Xerneas and Yveltal, the two Legendary creatures which graced the box covers of Pokémon X and Y, will arrive in Pokémon Go next month.

May looks to be a busy month for in-game events, kicking off with this weekend’s previously-announced Pokémon Snap tie-in. After that, new Dragon and Fairy Pokémon arrive alongside Xerneas, while Dark-type creatures will be spotlighted alongside Yveltal.

Pokémon Go will also introduce a new, fifth type of Lure Module, the Rainy Lure, an item which will attract Water-type Pokémon and allow upcoming creature Sliggoo to evolve into Goomy. (Alternatively, you’ll be able to evolve Sliggoo when it’s raining in-game.)

Xerneas will arrive on 4th May at 10am local time and usher in the arrival of Spritzee and Swirlix, a pair of Gen 6 Fairy-type creatures making their Pokémon Go debut. Goomy, a rare Dragon-type Pokémon, will also appear – though, as seems to be the norm with Dragon spawns, it will be extremely rare in the wild.

During an event which will last from 4th-17th May, timed and field research will reward Spritzee, Swirlix and a Rainy Lure. Dragonite and Salamence will also be able to learn their Community Day move Draco Meteor via Charged TM.

Finally, a global challenge will be held tracking Fairy-type Pokémon catches by all players. If enough are caught, you’ll unlock the ability to spend raid passes on Pancham, another new Pokémon Go debut creature, or search for a Shiny Galarian Ponyta.

Yveltal will then arrive on 18th May at 10am local time, and be featured in raids until 1st June. More details on its event will be announced in due course.

Elsewhere in May, Spotlight hours will be held each Tuesday at 6pm, with fan-favourite Dratini featured on 11th May. Weekly free bundles featuring a free remote raid pass will also continue.

Community Day will be held on 15th May, from 11am to 5pm, though its featured Pokémon is being kept under wraps for now.

Earlier today, Pokémon Go announced that it would occasionally send sponsored hot air balloons to fly around your game and offer you free items (and advertising) – though you can switch this off.