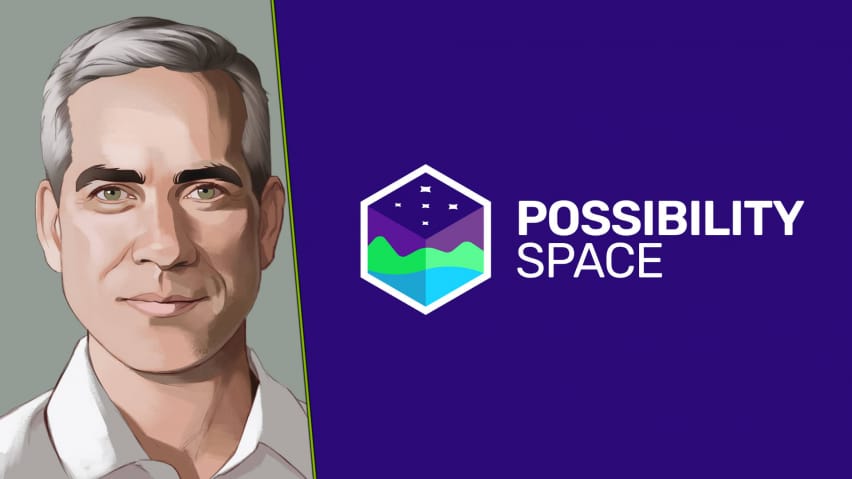 The gaming industry is certainly changing, especially after more than a year of remote work, game delays, and other troubles. Some game developers have taken the lessons learned from these trials and moved to make things better for their workers; two such examples are Tripwire Interactive moving to a flexible remote work schedule and Eidos Montreal working towards a four-day workweek.

Possibility Space Aims to Be a Modern Games Development Studio

Possibility Space will be headquartered in New Orleans, but that really won’t matter for the people working there — this new game developer will be using remote work from the get-go.

“We felt this was the right time to create something new [-] a studio built from the ground up to embrace evolving needs and perspectives for both players and developers,” Possibility Space Founder Jeff Strain said in a press release.

The name Jeff Strain might not ring a bell, but you’re almost certainly familiar with his work. The strain put in five years at Blizzard Entertainment in the late 90’s before leaving to found Guild Wars developer ArenaNet and serving as its President for 8 years. Following a short stint at NCsoft West, Strain moved on to found State of Decay developer Undead Labs.

“I personally made the decision to join Possibility Space to help build an organization that truly wants every employee to have a whole, healthy life away from work, and which supports and emphasizes community service and outreach no matter where we are based.” – Possibility Space Technical Director Brandon Dillion

That certainly sounds like a heavy-hitting crew with robust experience in the industry, although this is far from a complete development team. The company will probably pick up more staff in the coming months, and it has a special mission on that front, too; it aims to “identify, mentor, train, and hire individuals from underserved and overlooked communities and backgrounds.”

One other major question remains: what will be Possibility Space’s first project? Jeff Strain hinted at its first release in the same press release announcing the formation of the studio.

“Like many others, the past year and a half has been a fraught time for me,” Jeff Strain said. “While I am grateful that my family is safe, the anxiety, fear, and isolation of the last 18 months has been almost unbearable at times. That fear and isolation was the catalyst for Possibility Space, a modern kind of game studio, where we are creating a joyful game that’s been my dream for many years. I’m delighted and grateful for the team that has chosen to share in this vision and bring it life.”

There’s one other clue hinting at Possibility Space’s first game and that has to do with one of its first employees: Brian Jennings’ time at Magic Leap and NZXR makes him an expert in augmented reality technology. Having him on board as Technical Design Director may be an indication that the company’s first game may be in the AR, VR, or XR spaces.

For now, we’re likely a ways off from getting genuine details about this first game. You can learn more about Possibility Space by visiting its official website.

What do you think Possibility Space’s first project will be? Do you think game development can shift to 100% remote work? Let us know in the comments below!