Predicting The Next Three Dungeons and Dragons Books 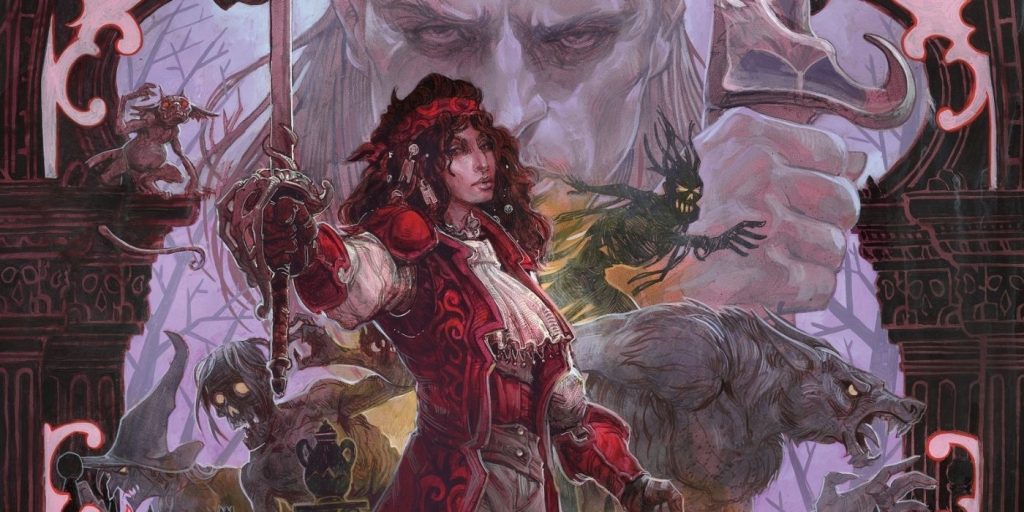 Three more Dungeons and Dragons books are slated for later this year, and the recent Unearthed Arcana might hint at what they’ll be.

The team of designers behind Dungeons and Dragons recently started a blog, and the first entry contains pretty big news. Wizards of the Coast is planning to release three new hardcovers for Dungeons and Dragons by the end of this year, as well as a few extras along the way. Though hints about what these products might be were pretty scant, one of them will be a “big summer adventure” headed up by DnD‘s senior story designer, Chris Perkins.

The only Dungeons and Dragons product to release so far this year has been Candlekeep Mysteries, a collection of 17 mini-adventures written by many different authors. Van Richten’s Guide to Ravenloft will release this May, serving as a campaign guide for the Gothic horror-themed Demiplane of Dread. Wizards of the Coast typically releases two adventures, two setting guides, and one rules supplement each year, which could give fans an idea of what’s on the way.

Wizards of the Coast regularly releases playtest material for Dungeons and Dragons called Unearthed Arcana, which gives players early access to upcoming player options and mechanics. Many of the new feats, subclasses, and mechanics that appeared in Tasha’s Cauldron of Everything were originally previewed in Unearthed Arcana.

The three most recent Unearthed Arcana releases were titled Gothic Lineages, Folk of the Feywild, and Draconic Options. The Gothic Lineages document covers the Dhampir, Hexblood, and Reborn races, which are quite likely to appear in Van Richten’s Guide to Ravenloft. This could mean that the remaining two releases contain material that will appear in DnD products later this year.

The Feywild is often described as the opposite of the Shadowfell, so releasing a campaign guide focused on the plane would provide nice symmetry with Van Richten’s Guide to Ravenloft. Unlike Ravenloft, the Feywild has yet to appear in an official Dungeons and Dragons adventure. At least one of this year’s releases will likely focus on the Feywild, and the setting could appear in multiple books.

Gem dragons appeared in previous editions of Dungeons and Dragons, but have yet to make an appearance in an official 5E product. However, the most recent Unearthed Arcana includes gem dragonborn as a playable race, indicating that gem dragons will likely return soon.

Popular YouTuber Matt Colville included stat blocks for gem dragons in his self-published Strongholds and Followers rulebook, but Wizards of the Coast has its own take on the creatures. The official art for gem dragons was first teased in WotC’s Spoilers and Swag Twitch stream in late 2019. Gem dragons were supposed to appear in a product that had been slated for early 2020, but that book seems to have been delayed. It could still be released later this year.

Gem dragons have a neutral alignment, unlike good-aligned metallic dragons and evil-aligned chromatic dragons. They’re also heavily associated with psionics, a type of psychic power that got a lot of support in Tasha’s Cauldron of Everything. Gem dragons typically reside in the Inner Planes, which might provide a hint as to where the next official adventure could take place.

RELATED: Dungeons and Dragons: Unearthed Arcana Could Point to a Return to Dragonlance

Dungeons and Dragons deals heavily with other planes of existence, especially at higher levels of play. However, none of the adventures released by Wizards of the Coast have spent much time exploring these planes. It’s a surprising omission, considering that 2018’s Mordenkainen’s Tome of Foes included stat blocks for extraplanar creatures like gith, maruts, and astral dreadnaughts. It had seemed as though WotC was priming DnD fans for an adventure related to the Planescape and Spelljammer settings, but that adventure never came out.

DnD has a dearth of adventures available for high-level characters, which a planar adventure could certainly provide. But even if the upcoming adventure doesn’t include planar exploration, the theme could be explored in other ways. The Manual of the Planes rulebook has appeared in almost every edition of Dungeons and Dragons, providing information about the game’s multiverse. WotC has updated a lot of content from previous editions for 5E, so it would make sense to release a new version of that rulebook.

Dungeons and Dragons video games tend to be released alongside hardcover adventures that cover similar themes. The biggest adventure at the moment is Icewind Dale: Rime of the Frostmaiden, and the upcoming Dungeons and Dragons: Dark Alliance will take place in the same locale. Baldur’s Gate 3 borrows creatures from Baldur’s Gate: Descent Into Avernus, but also focuses heavily on the interplanar conflict between gith and mind flayers. The full game is expected to release later this year, which would put it on digital shelves within a few months of DnD‘s “big summer adventure.”

Dungeons and Dragons normally gets a new collection of monsters every two years. The 5E Monster Manual came out in 2014, followed by Volo’s Guide to Monsters in 2016 and Mordenkainen’s Tome of Foes in 2018. This trend was interrupted last year, but it’s already been established that gem dragons were included in an unreleased product that was supposed to come out in 2020. It’s possible that this product is another collection of monsters, and it might be released this year.

Unearthed Arcana has featured a lot of new player races lately, and those also tend to appear in these books. Even if the new fey and draconic options don’t receive their own dedicated sourcebooks, they’re likely to end up here.

In contrast, Dungeon Masters haven’t received very many setting-agnostic resources lately. Outside of a few optional mechanics presented in Tasha’s Cauldron of Everything, there hasn’t been very much for DMs to sink their teeth into. A new batch of creatures would be a welcome addition to any campaign and could provide inspiration for a slew of new adventures.

Wizards of the Coast has been teasing lots of new DnD content this year, which could signal an exciting new direction for the game. With the release of Van Richten’s Guide to Ravenloft mere weeks away, more upcoming products will likely be announced soon.

Van Richten’s Guide to Ravenloft will be available on May 18.

MORE: Dungeons and Dragons: What to Expect from the Undead Patron Warlock

Shadow and Bone: Where Else To Watch The Cast