Home » Prince of Persia Remake Delayed Into Next Year

Prince of Persia Remake Delayed Into Next Year 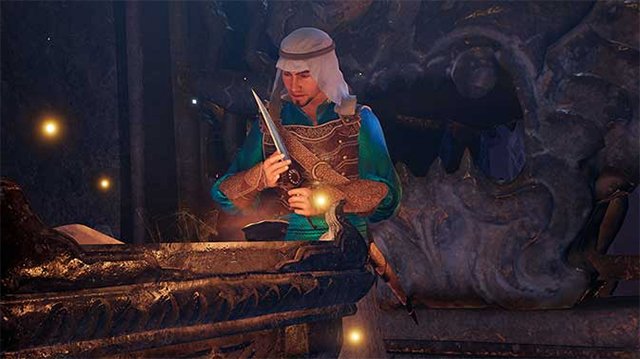 Not even the Dagger of Time-equipped Prince can fight against delays. Ubisoft has formally pushed the Prince of Persia remake into 2022 along with revealing that the game won’t be at Ubisoft’s E3 press conference.

A message from the Prince of Persia: The Sands of Time Remake dev team: pic.twitter.com/3B8tgUGkwl

The publisher announced this long delay on the game’s official Twitter page. In the above tweet, it thanked players for their support before twisting the time knife a bit by informing users of its new 2022 target. There’s no exact date yet, but Ubisoft said it would “share an update as soon as [it] is ready.” And given how it won’t be at the Ubisoft Forward event on June 12, players probably shouldn’t expect said update that soon.

While many titles have been suffering delays over the past year, some fans are probably more at ease with this one. Ubisoft revealed the game in a Ubisoft Forward event in September 2020. The trailer was quickly lambasted for its dated visuals as they weren’t quite what players expected from a modern remake of one of the company’s most well-regarded series. Game Director Pierre Sylvain-Gires told The Mako Reactor that it looked like that because the team wanted to give it a “unique visual treatment” and that its look was not the result of technical limitations. However, given the time and backlash, it would not be surprising if the game looks drastically different in its current state.

Originally slated for January 2021, the title was delayed into March 2021 before then being delayed indefinitely. And now “indefinitely” means 2022. This delay also opens the door for native PS5 and Xbox Series X/S versions. Even though it would be backwards compatible with newer systems, it was previously only announced for PS4, PC, and Xbox One. Ubisoft has not revealed if the game is coming to those newer platforms, but Assassin’s Creed Valhalla, Immortals Fenyx Rising, and Rainbow 6 Siege are all on both generations and Far Cry 6 will be as well when it comes out in October.