Project Downfall’s stylish demo is like a Hotline Miami FPS 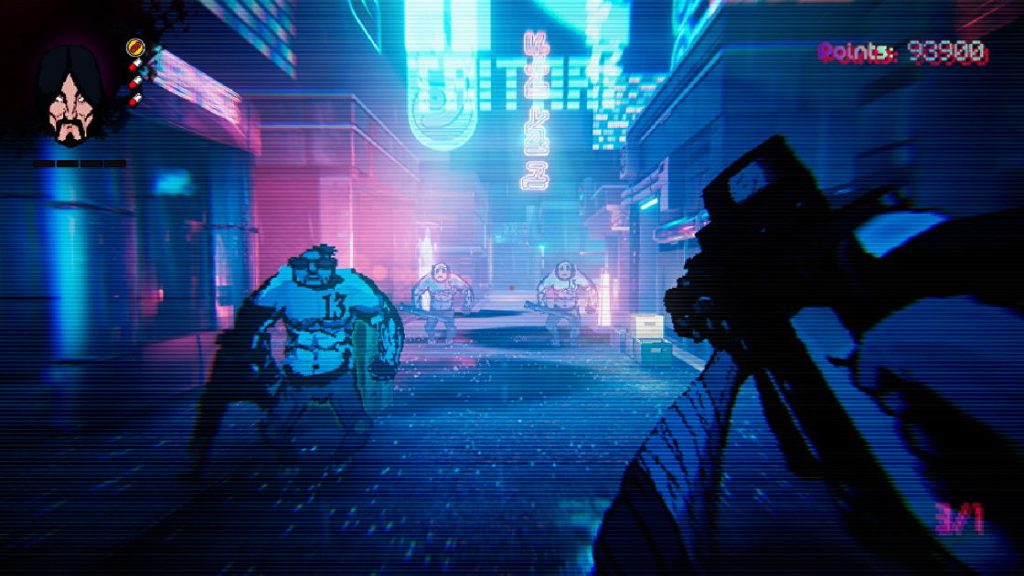 Nope, despite appearances, Project Downfall isn’t like Doom. This is an early access FPS that’s got a lot more in common with Hotline Miami than it does with id’s big, brash Doom Slayer. In its short demo, available now on Steam, I popped pills, blasted thugs, and wracked up stylish combos, all to some pounding synth beats. And I have to say, it felt really good.

Crimson Tide is a Cyberpunk-esque city where mega-corporations reign supreme and nasty things occur. You happen to be a middle class salary man in this neon-drenched place, but also one who’s quite handy at dispatching horrible criminals when night falls. And that’s where the demo kicks off. You step out of your apartment, go to work, and somehow end up showering a train carriage with the guts of a gangster on your way back home.

Missions are accessed by a car outside your apartment, but there are areas surrounding it which you can explore freely. Of which, I got a little taste of its subways and streets. Even little things like being able to step out onto your apartment’s balcony and call the elevator really helped to immerse me in its world. And what a slick world it is, with tight corridors and dingy clubs all giving off this modern sheen, while in contrast, its denizens resemble grainy, 2D cardboard cutouts.

To tear these boxy thugs apart is actually quite difficult, though. Combat in Project Downfall is split into these high octane slices, where death comes fast if you get one trigger pull wrong. But failure isn’t all that punishing, as it just plops you back at your last checkpoint as if to say, “almost there, try again”. To succeed, you’ve got to learn from your swift exits and string together a devastating combo of dodges, swings, and blasts.

You can also pop medication to slow time and imbue yourself with extraordinary powers. By this, I mean that you can literally hoof a thug into orbit with a kick, or alternatively, transform a barrel into a cruise missile with your foot. I also got the sense that there were a bunch of little things I hadn’t mastered yet, like catching weapons in mid-air, or switching between them a bit quicker to get those combos even higher.

I’m keen to spend more time honing my skills in Project Downfall, which bodes well considering it’s only in early access. Seems like the devs MGP Studios and Solid9 Studio plan on adding lots of things in future, with environmental attacks and multiple endings on the cards. Gimme, gimme.

Project Downfall’s demo is available over on Steam right now if you want to give it a shot, or many shots, because as you’ll quickly find out, it’s rather moreish.