PSA: Yes, Your DS And 3DS Cartridges Will Eventually Deteriorate, But Don’t Panic 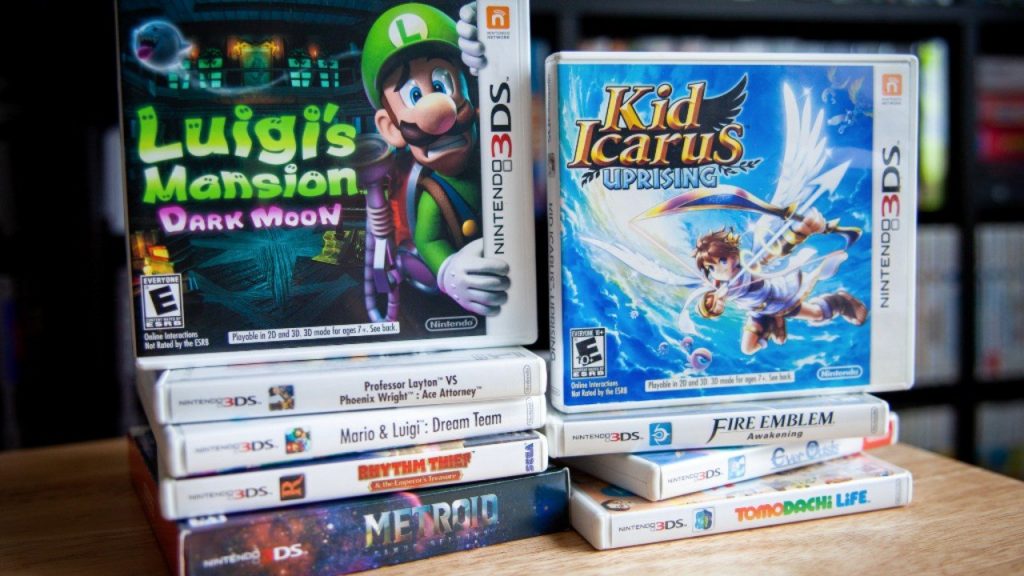 In book preservation, processes are established and closely followed. Manuscripts and first editions are kept in carefully managed vault-like facilities, where humidity and access is carefully managed. There are also extensive projects to digitise these materials, creating permanent backups in cloud storage so that those pieces of history will never be lost.

The video game industry is barely half a century old (though you can argue it stretches back around 60-70 years), but is running into serious issues around preservation. Yet when we talk about problems keeping games alive we often refer back to the NES era or earlier, or the dreaded ‘disc-rot’ of early systems that used that particular technology. It’s becoming increasingly apparent that our physical copies of games, which we likely think of as ‘permanent’ in our own minds, are vulnerable to eventual wear and tear.

In case you missed it, this has come into rather sharp focus with talk online of numerous PAL copies of Pokémon Omega Ruby and Alpha Sapphire starting to fail, with some players stating their copies have long since died. It seems early for these games to be failing, and seemingly in reasonable numbers; one possibility is that a specific PAL manufacturing run had either cheap or faulty components in the process, as even the memory associated with DS and 3DS cartridges shouldn’t be dying this early.

However, it’s important to recognise that cartridges, like their disc-based chums, will encounter reliability issues down the line due to acknowledged lifespan limitations. That’s the difference between modern media and our example of books, of course; technology based on memory cards or discs aren’t forever, they’re mechanical devices that will fail.

It’s important to recognise that cartridges, like their disc-based chums, will encounter reliability issues down the line due to acknowledged lifespan limitations.

So what sort of lifespans are we looking at? Well, it depends. There’s a tendency, especially in debates between those that prefer digital game purchases to physical copies, for collectors to suggest their copies are ‘forever’. In the case of the physical box and cartridge existing, yes, that could be true to a degree, but the functionality of the technology is something else entirely.

With DS and 3DS cartridges, it’s worth highlighting that doomsday scenarios of swathes of game copies dying imminently seem very unlikely. However, the perceived make-up of those generations of cartridges seems to vary depending on source, without a great deal of clarity; in any case both generations of the cartridges / memory were supplied by Macronix. It seems that DS cartridges may have a form of masked ROM for media up to a certain size, which is non-writable, with a small amount of flash memory at the very least for save data. In the case of the 3DS it appears to be purely flash memory, albeit with different types handling game and save data, for example.

In terms of flash memory it can be prone to accelerated deterioration or wear, so the aforementioned ORAS issue could be down to a poor batch of memory, and if the component failed it could take the game’s functionality with it. This, in reality, should be a rare issue that will nonetheless disappoint anyone affected.

There can be some scary statistics thrown around about memory lifecycles, but the reality is that the range is extremely broad. A lot depends on the quality of materials and manufacturing, and flash memory in particular degrades at varying rates with each read/write; in other words, every time you save and load a DS / 3DS game you take a tiny amount off its life. Major players in the space continue to develop and enhance the number of ‘cycles’ before their memory degrades, and this includes progress from Macronix. How long, though? Only time will ultimately tell, and guesswork based on cycle-data can give you estimates from 20-50 years, potentially longer. But the key point is that it is a lifecycle; just like retro game media, it’ll eventually stop working.

As for the Nintendo Switch cartridges, it’s early and difficult to say as, again, they’re bespoke cartridges. The memory is provided by Macronix once again, and in the case of Switch rather than store save data on the cartridge itself the games put our saves on the system memory or specified MicroSD. An extra back-up is cloud storage for saves, but of course this is behind the Nintendo Switch Online paywall at present. As for the lifespan of the game cartridges themselves, it’s hard to say, though progression in technology and approach will hopefully make them even more reliable than their predecessors.

In summary? Though there’ll be outliers and some scary tales, your DS and 3DS games are likely to be fine for the foreseeable future; they may even outlive the actual gaming systems themselves. The worry, of course, is that like all hardware they will eventually degrade and stop working, it’s inevitable. It’s a challenge for all modern media, arguably, not just games – finding sustainable solutions to secure and store games for future generations should be a priority. Anyway, game preservation is a topic all of its own.

So, don’t panic. Don’t assume your cartridges will last forever though, they certainly will not.