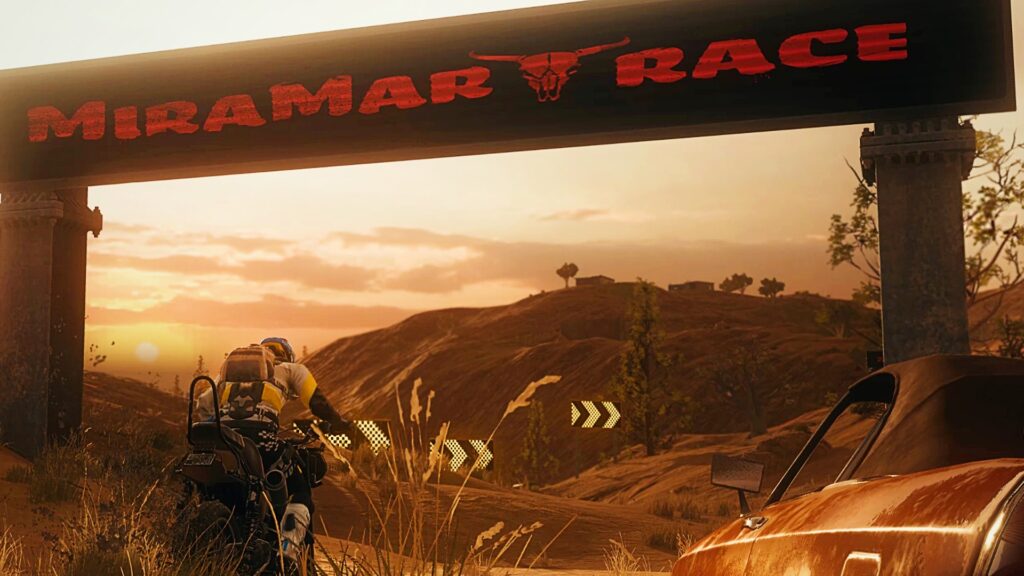 The latest PUBG Labs mode is in, and it’ll look familiar if you’re a fan of Mario Kart. It’s just called Racing Mode for now, but it features everything you’d expect – you pick a vehicle, race your buds to the finish, and pick up power-up boosts and ammo to try and throw them off.

Before you start, you’ve got to select your vehicle. You’ve got the motorcycle, buggy, Couple RB, dirt bike, and Mirado. Each of them has its stats, but they’ve each got a unique weapon, too. You won’t be able to attack players or destroy stuff until your ten seconds in, and players who do get taken out will get a five-second grace period to stop them from being eliminated off spawn.

Both race tracks take place on the Miramar map and are one way. You’ll need to make your way through checkpoints to progress through the race, and those checkpoints will be your respawn points, too. Oh, and be careful about going off track as you’ll blow up if you’re gone for too long.

Boost crates also litter each track. They respawn after a short time of being collected and – as you may have guessed – send you zipping along when you use them. You also spawn in with your boost gauge set to the max to give you a chance to catch up with the pack. Keep in mind, though, that the motorcycles and dirt bikes can’t use the boosts due to balance reasons.

Speed, agility, precision and control are the skills you need to survive in Miramar’s DEATH Race. pic.twitter.com/FhTtLbQ2li

You’re also getting blue ammo crates to keep the weapon that comes with your vehicle nice and topped up. These crates also respawn after a short time of being collected.

If you fancy giving this one a whirl, you can play squads until June 7 and solos from June 7 to June 14 on PC. If you fancy checking out more PC games like Mario Kart, check these ones out.