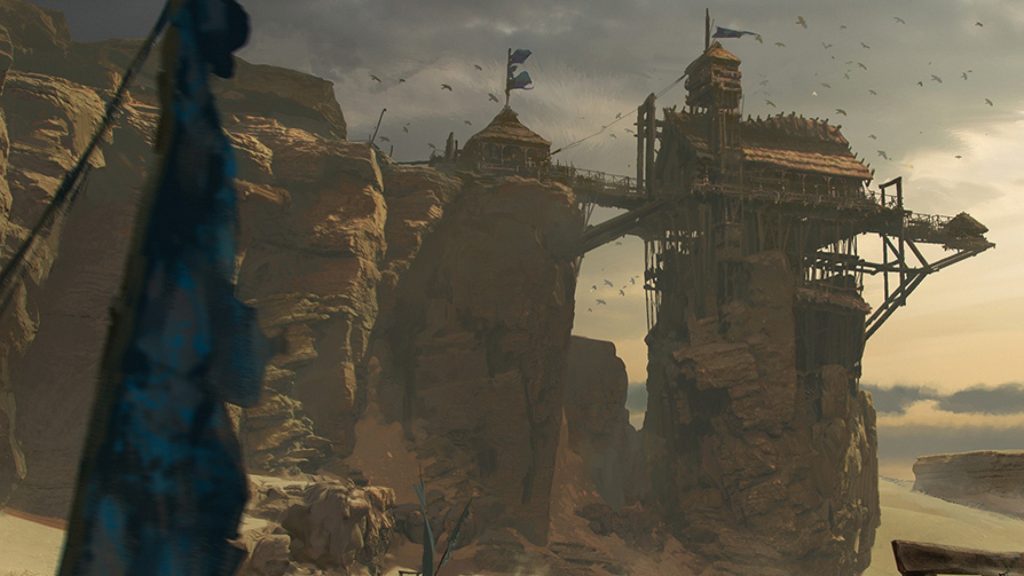 The company that now owns PlayerUnknown’s Battlegrounds, Krafton, is working on a new game based on the series of popular Korean fantasy novels The Bird That Drinks Tears. While there’s not a lot of information on what the game itself will look like, Krafton has enlisted the help of a Hollywood concept artist to establish a look and ambience for the game.

Dubbed Project Windless, Krafton’s plans for The Bird That Drinks Tears extends beyond a single game – it aims to create a “larger multimedia franchise” based on the intellectual property. The novels are set in a distinctively Korean fantasy world that’s populated with mythical creatures like dokkaebi (sometimes thought of as a ‘Korean goblin’ or nature spirit) and naga, and characters learn the Korean folk wrestling style of ssireum.

Artist Ian McCaig, who has done concept art for Star Wars characters and franchises like Harry Potter and The Avengers, is working with Krafton to visualise novelist Yeong-do Lee’s universe. An early piece of art shows a wooden structure built high on a stone tor above the desert, with a long platform extending on one side.

It could be either a lifting point where supplies are winched up from below, or perhaps a dock for flying creatures or airships.

Either way, it’s an evocative scene – the foreground displays some aging, torn banners mounted on poles in the sand, and wind sweeps across the sand that covers the ground.

McCaig says he’s “honoured” to help visualise Lee’s characters and world, and to help bring the novels to the attention of a worldwide audience.

While PUBG has always been relatively grounded in a present-day aesthetic, some of Krafton’s other games are much more fantasy oriented: there’s free-to-play MMORPG Tera, and the RPG game Mistover, which has a kind of anime Darkest Dungeon look to it.

There’s no release date set yet for Project Windless, but our list of the best battle royale games may help pass the time until we hear more about what Krafton has planned.