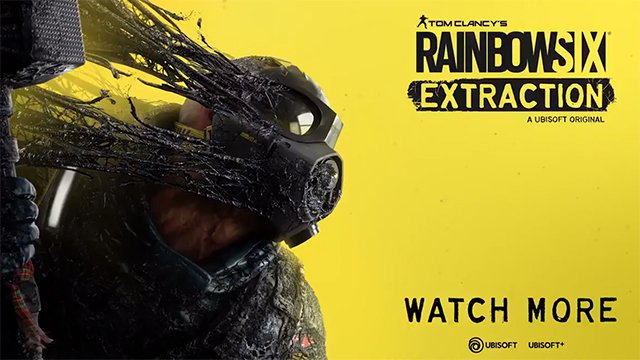 Ubisoft revealed Rainbow Six Quarantine in E3 2019, a game about some sort pandemic, has finally been renamed in light of, well, the state of the outside world. The publisher unveiled the new title, one less likely to conjure up negative comparisons to the last 15 months: Rainbow Six Extraction. This announcement of the new game was coupled with a pre-reveal, stating that more of the co-op shooter will be shown at Ubisoft Forward on June 12.

The Rainbow Six Extraction Twitter account sent out its first tweet this morning with a teaser trailer attached. The teaser shows a nefarious black goop overrunning an abandoned facility before shooting spikes through the ground near some sort of robot. Given a follow-up tweet, it seems as though this infection is called the “Sprawl.”

RELATED: Prince of Persia Remake Delayed Into Next Year

Changing the name has been in the works for quite some time. “Rainbow Six Parasite” was thrown around last year as details leaked onto the PlayStation Network, as discovered by MP1st. Given pandemic, many assumed the game had changed its named because of the global pandemic. Ubisoft then came out during an earnings call and said that it was “evaluating” giving the game a new name and that Parasite was just an internal name.