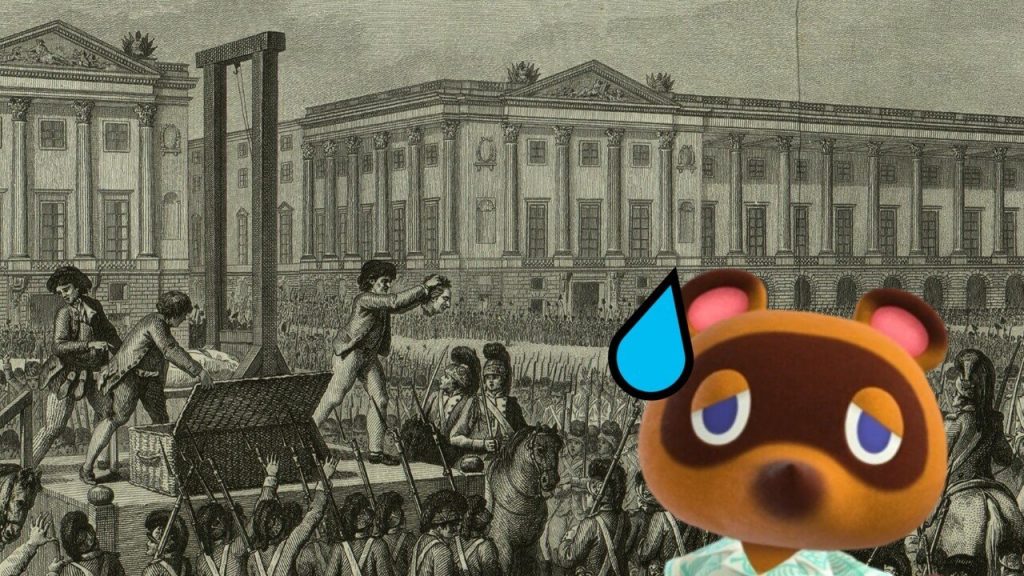 Amongst many other new outfits, objects, and hats in the latest Animal Crossing: New Horizons update, a little surprise has been discovered by dataminers — and it comes with some pretty heavy implications.

That item is the Phrygian Cap, a seasonal hat (in five different colours!) that will be released in early July to celebrate Bastille Day on the 14th of July.

Time for a wee history lesson: the Phrygian Cap, also known as the Liberty Cap, was one of the primary icons of the French Revolution, symbolising the plight of the poor in revolutionary France, and their subsequent uprising against the nobility. You’ll probably have heard of that bit, because it’s the bit where a bunch of royals and other wealthy nobles got their heads lopped off by guillotines.

You see, the Phrygian Cap (or an early version of it, at least) used to be worn by Romans and Greeks who had been freed from the bondage of slavery, and therefore represented all those things that the French Revolutionaries were about: liberty, equality, and fraternity. Also, cool hats.

Bastille Day — the event that the cap celebrates in Animal Crossing — is a huge event in France, and its origins lie in the storming of the Bastille in 1789. Displeased by their treatment by the nobility, the people of Paris broke into the Bastille, a prison-fortress that was often used for political prisoners, and grabbed a bunch of ammunition with which to fight back. Basically, the storming of the Bastille was one of the final blows to the status quo of France’s monarchy, and so the day is celebrated as a symbol of the Republic.

Phew! Okay, that wasn’t much of a “wee history lesson”, but it sets the scene for what we’re about to say next: iI the Phrygian Cap exists in the world of Animal Crossing: New Horizons, and if Bastille Day is celebrated there, then canonically they also must have had a revolution, and that means that they also canonically guillotined a bunch of people.