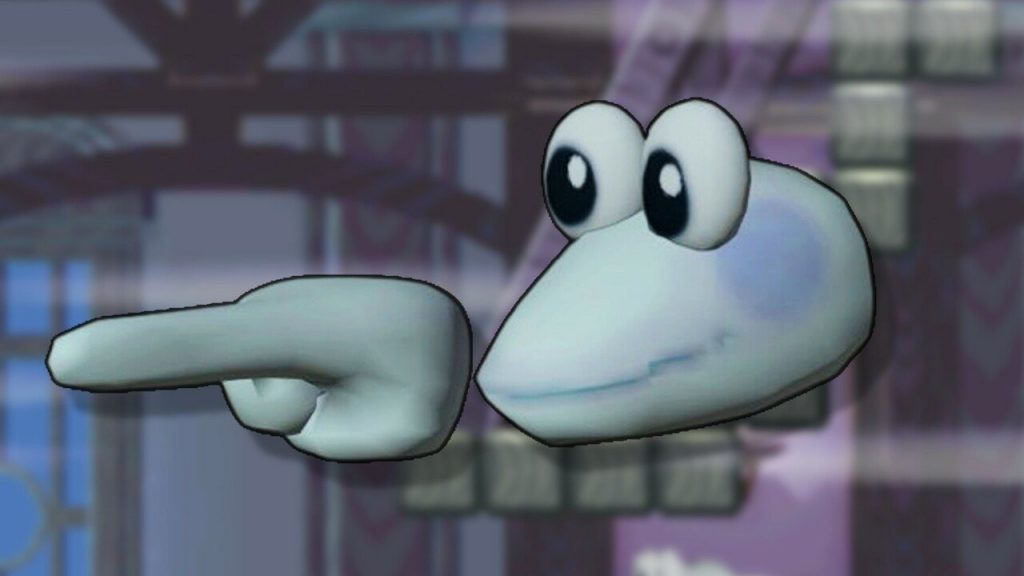 Scripulous Fingore, as we all know, is the best character in New Super Mario Bros. But did you know that the pointy-fingered chap also appears in the files of Paper Mario: Color Splash, Yoshi’s Island, and Super Mario World? Of course you did! Everyone knows everything about Scripulous Fingore, because he is perfect and beautiful.

What’s that? You’ve never heard of Scripulous Fingore, or his various video game exploits? Well, that’s because he suffers from a severe case of being entirely fictional. He’s the subject of a prank by a Twitter account called “Cut and Obscure Video Game Content“, a new Twitter account which regularly publishes stuff that isn’t quite true.

In the above tweet, they claim that a mysterious character known only as “scripulous_fingore” can be found in the files of New Super Mario Bros. DS, potentially as a cut enemy. This tweet could have been appreciated and forgotten about, like every other tweet in existence, but the allure of Scripulous Fingore was too much for fans to resist.

Now, Scripulous Fingore has his very own legion of admirers, with fan art and plenty of other claims that ScripFing can be found in other games.

Fun fact: Some unused content in Mario 64 DS suggest that Scripulous_fingore was intended to be a boss, but was cut for unknown reasons https://t.co/ik2VaOQrKB pic.twitter.com/VNyJUL40bn— Koopas Kool Kartoonz (@AKoolKoopa) April 25, 2021

– So weird seeing everyone so surprised at that unused Fingore enemy from New Super Mario Bros. when it was a very common unused enemy in a lot of other old Mario games! || #MarioBros #supermario #pixelart || pic.twitter.com/qljwqSYmCf— EllisBros (@bros_ellis) April 26, 2021

Glad to see Scripulus Fingore finally get some acknowledgement, a lot of people don’t know this but they finally used him in Paper Mario Color Splash, giving his design very slight tweaks to better fit the game’s style. pic.twitter.com/gAt5Ht6SLl— Gonz (@GreatGonzales) April 27, 2021

I think it’s weird that no one’s been talking about how scripulous_fingore was also in the Mario World prototype’s files leaked in the gigaleak from a while ago. They’ve been trying to include this enemy in Mario games for 30 years for some reason pic.twitter.com/N4OWX4oKq0— eSBe (@SB2749) April 26, 2021

Of course, Scripulous Fingore, despite being an angel sent from another realm, is not real. We repeat: SCRIPULOUS FINGORE IS NOT REAL. Please do not go looking for him in the video games, or you will upset Miyamoto.