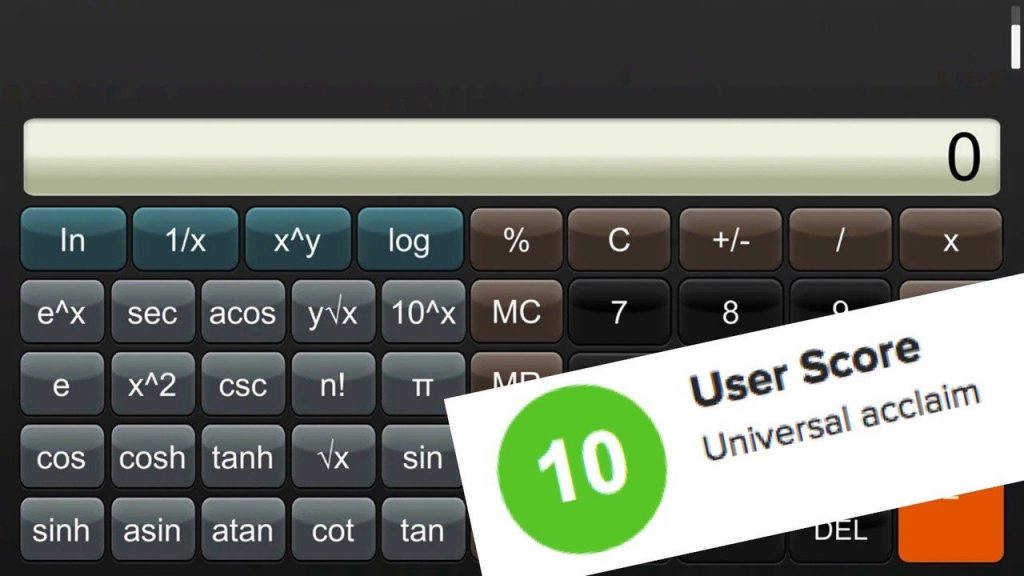 Earlier this week, Nintendo Switch got its very own Calculator. It’s oddly pricey, and arguably entirely unnecessary, but the absurdity of it all turned it into one of the week’s most-talked-about Nintendo Switch releases. We’re being serious – news is slow right now.

Anyway, Switch owners are now taking things one step further, seemingly having a wonderful time sharing their reviews – real or not – of the new release. We decided to take a quick look at Calculator on Metacritic (because that’s what our lives have become), and while there aren’t any official critic reviews, there are some fan reviews. Here are a few:

“So many twists in the final half hour of this one. I’m a little awed at how far the developers took this one. Didn’t save ANYthing for the inevitable sequel.”

“GOTY, the game hace [sic] a good price, is best game i tried in my life, all the characters are balanced”

“The best game on Nintendo Switch ever, it’s just a master piece and deserves GOTY”

GOTY, huh? Maybe it is worth picking up after all?

Over on Reddit, one Switch owner who seemingly has bought the app has posted an almost-500-word review summing up their thoughts. “I can tell you right off the bat the gameplay is lacking,” it reads. “The calculator is permanently in ‘Degrees’ mode. No radians in sight. Maybe good for the engineer, but not for the Calculus student!”

They ended up giving it a 9/10 despite the flaws mentioned, which almost surprised us more than the fact that they purchased it in the first place.

There’s more, too, as YouTubers are also getting in on the action. There are videos like ‘I Paid $10 for Calculator on the Nintendo Switch’, which sounds more like a confession than a review, and then there’s this one which gave us a good chuckle and is genuinely worth a watch:

Have you played Calculator? Have these reviews convinced you to give it a go? Why are we doing this to ourselves?