Random: Head Of Xbox Phil Spencer Still Has That Nintendo Switch On His Shelf 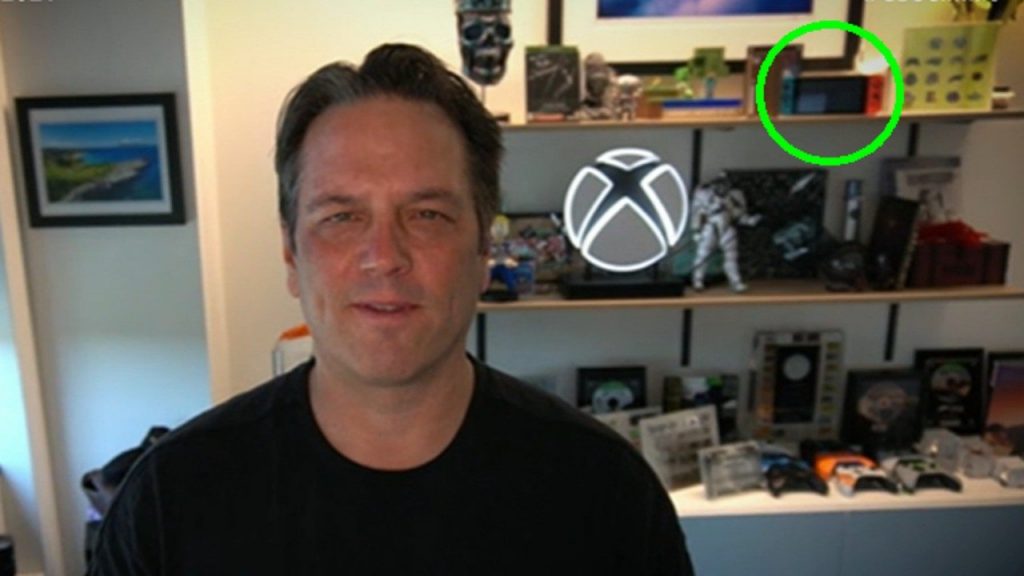 Head of Xbox Phil Spencer has appeared on yet another live stream (this time for a GamesBeat Summit) and the Nintendo Switch that was spotted on his shelf earlier this month is still there.

As you might recall, GamesBeat’s Jeff Grubb has previously noted how “pretty much everything” on Phil’s shelf is a reference to something or other – with an Xbox insider also suggesting the cat was out of the bag.

Click the link and learn about diversity. I think the session is doing a great job of revealing why Xbox’s culture seems to permeate everything it does right now. Phil is speaking to that.— Jeff Grubb (@JeffGrubb) April 28, 2021

This follows on from last week when a Switch showed up in the background of another Xbox video, featuring Xbox executive Sarah Bond. In other words, we’ve been seeing a Switch in Xbox videos for most of April now.

There’s been talk about Game Pass and Xbox Cloud on Switch, but industry analysts have essentially ruled it out. We’ve also seen official Halo accounts on social media sharing fan art featuring Mario – which has fans calling out for Master Chief in Smash Ultimate.

What possible Nintendo and Microsoft collabs do you think we could see in the future? Share your thoughts down below.