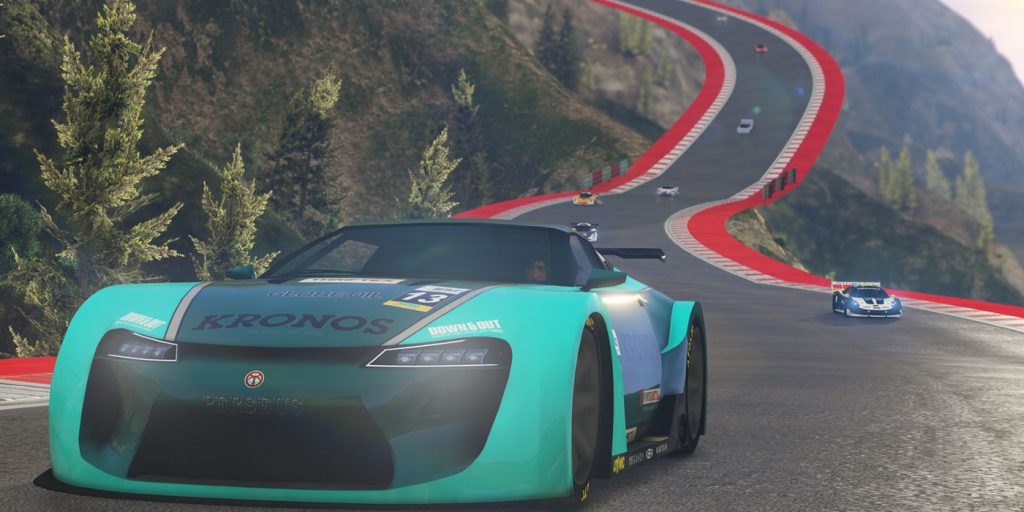 Grand Theft Auto V, a game about stealing cars, is the ultimate open-world action-adventure game. Whether you are a single-player devotee or a GTA Online buff, driving cars is vital for progression. Developer Rockstar Games has done an impeccable job of ripping off the world’s most luxurious vehicles.

Those cheesy names such as Speedophile and Infernus have admittedly grown on us. Speed is a factor as it can help you win game modes, complete missions, and reach the various destinations of Los Santos quickly. These are the 10 fastest cars in Grand Theft Auto V, ranked.

Updated On April 29, 2021 by Scoot Allan: While there are a number of different aspects of Rockstar Games’ hit Grand Theft Auto V that keeps drawing fans back to the single-player campaigns and the insanely popular Red Dead Online, one of the biggest draws is the huge array of incredibly fast cars that are available. And thankfully, players keep seeing new blazing-fast cars added to the game with each new update. So to celebrate the ongoing enjoyment of driving incredibly expensive cars dangerously fast with often disastrous results, let’s take a closer look at a few more of the fastest vehicles that are available in GTA V.

15 Lampadati Felon Is A Speedy Four-Door Coupe For Missions

It’s always a bit of a buzzkill when playing through the missions and you’re forced to find a four-door sedan to carry the rest of the heist crew. Thankfully, there are options like the Lampadati Felon available for players to still carry passengers while outracing most vehicles on the street.

While the Felon coupe may not look as flashy as some of the other fast and expensive cars in GTA, it was designed by a racing car company and can reach a top speed of over 118 MPH. It will get players and their crews out of trouble in no time.

While most races are dominated by hyper and super-class vehicles, there are a few muscle cars in Grand Theft Auto V for fans of American power that can compete with a few of the speedier cars. The Bravado Gauntlet is one such vehicle.

The supercharged V8 engine and Charger-inspired streamlined body make the Gauntlet an impressively fast vehicle. The Gauntlet was given a powerfully fast Hellfire upgrade in The Diamond Casino And Resort update that further elevates it above the other muscle cars in GTA.

While it might not look like one of the fastest cars in the game, the Truffade Z-Type is a classic coupe that was first seen as a gang car in Grand Theft Auto before it made an updated reappearance in GTA V.

RELATED: GTA V: Ranking The 10 Most Difficult Vehicles To Drive

The Z-Type has a huge V12 engine that dominates the design of the vehicle while allowing it to reach top speeds over 125 MPH, meaning players will be able to show up in classic style at the finish line of most races.

This superclass car is one of the fastest in the game and also one of the most expensive. For a price of $2,475,000, players can purchase the Annis RE-7B, which has a top speed of 161 miles per hour. With a rear-wheel drive train, players will be sliding all over the road in style.

Only the most prestigious vehicles are available for purchase from Legendary Motorsport, and Annis RE-7B is one of them. Often, players can only afford to buy one supercar; the Annis RE-7B is an attractive choice.

The Progen Tyrus was added as part of the Cunning Status update. It is an excellent all-around vehicle that is capable of reaching a top speed of 161 miles per hour. Clearly, the vehicle takes influence from cars such as the McLaren F1 and Saleen S7R.

It only has two seats, as it is built for racing and vanity purposes—not transportation. The fascia of the Progen Tyrus is said to be inspired by the Quaife R4 GT1. This is a car that begs to be driven in first-person because of its stylish dashboard.

RELATED: The 15 Best Characters In The GTA V Campaign, Ranked

With a rating of 100.0 in handling and high acceleration, this car is ideal for tracks with a lot of turns. It is also exceptionally fast, making it an all-around superb vehicle. Drivers from all skill levels will take pleasure in driving the Overflod Autarch.

The design of the car is likely inspired by the McLaren Senna. Its stylish exterior and a top speed of 161 miles per hour make it a desirable car that can be purchased for $1,173,000.

The Grotti Itali GTO has a top speed of 161 miles per hour and can be purchased for just under $2 million. Unlike the other fastest cars in the game, Itali GTO is a sports car instead of a supercar. It is said to be based on the Lamborghini Miura.

7 Overflod Tyrant Is Based On The Apollo Arrow Concept Car

RELATED: 15 GTA V Locations That Are Based On Real-Life

Pegassi Tezeract was released in 2018 as part of the Southern San Andreas Super Sport Series. It’s a relatively new car which is one of the fastest in the game. With a top speed of 169 miles per hour, it has high stats in handling but low in acceleration.

Its vehicle statistics could mean the Pegassi Tezeract is ideal for tracks with fewer turns. The Tezeract was likely inspired by cars such as the Lamborghini Terzo Millenion and Lamborghini Aventador S.

5 Overflod Entity XXR Has A Topspeed Of 170 MPH

Its handling, acceleration, and speed are all above average making Entity XXR one of the most desirable vehicles in the game. This vehicle has a top speed of 170 miles per hour, making it the third-fastest car in Grand Theft Auto V.

4 Principe Deveste Eight Is A Hypercar With Incredible Acceleration

With a top speed of 170 and a speed rating of 91.21, the Cheval Taipan has a slight edge in speed against the Overflod Entity XXR, making it the second-fastest car in Grand Theft Auto V. This speedster is an ultra hypercar that is based on the Devel Sixteen, a hypercar manufactured in Dubai.

The impeccable acceleration will give you a significant head start in races, and oh my, is it elegant. Released on December 11, 2018, the Principe Deveste Eight is one of Grand Theft Auto V‘s newest and fastest hypercars.

The Southern San Andreas Super Sport Series update introduced a wide variety of fast supercars, but none of which can outperform the Cheval Taipan. With a price tag of nearly $2 million and a top speed of 170 miles per hour, the Cheval Taipan offers stellar performance that is worth every penny.

With low braking, there is a significant learning curve to this vehicle, but experienced Grand Theft Auto V players won’t have a problem winning races due to its high speed, acceleration, and handling.

Pegassi produced a number of incredibly fast cars in Grand Theft Auto V. With a top speed of 213 MPH, the Zentorno stands out as one of the fastest vehicles in the entire game thanks to its powerful hybrid engine.

The Zentorno is based on a few different Lamborghini designs and was added to the game during the High Life Update to quickly become a favorite among fans. “Make sure the other 99% know you’re in a vehicle they can’t afford with this loud, brash, in-your-face supercar from Pegassi.”

1 A Fully Upgraded Truffade Adder Could Reach Over 250 MPH

The Truffade Adder is a hypercar that, given the shape of the vehicle, was based on the Buggati Super Veyron concept car. However, it also blends elements from Jaguars and Aston Martins to produce one of the sleekest vehicles in the game.

The Adder is also one of the fastest, with fully upgraded versions of the vehicle originally stated to be able to reach speeds up to 250 MPH. This was eventually rebalanced to consistently hit over 215 MPH, allowing the Adder to still soar ahead of most other cars in Grand Theft Auto V.

NEXT: 5 Reasons Why GTA V Is The Best Game Of The Last Decade (& 5 Games That Deserve The Title More)