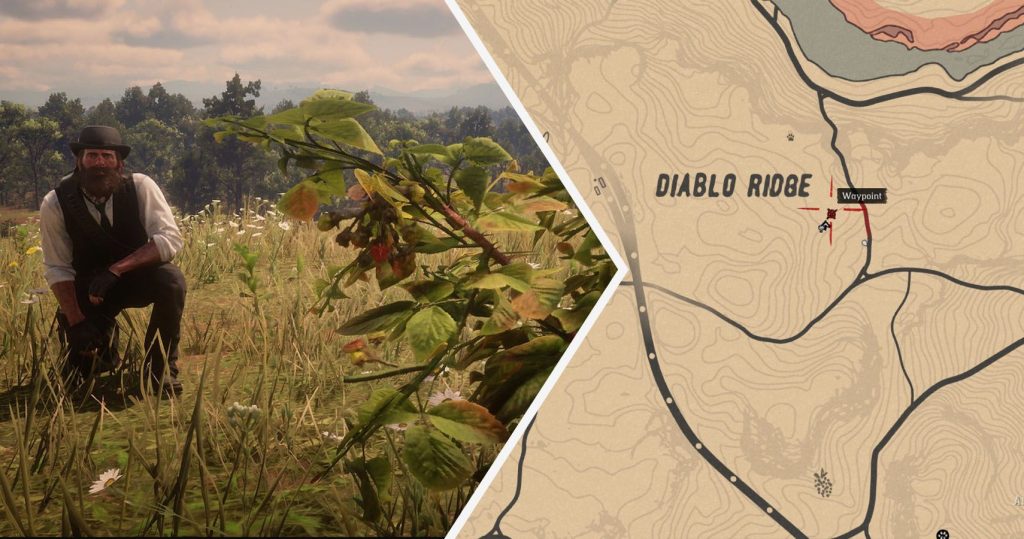 Of the four in-game berries, Blackberries are arguably the most illusive in Red Dead Redemption 2.

A dense and methodical game, Red Dead Redemption 2 is arguably too big for its own – but that’s exactly where the appeal comes in. Red Dead Redemption 2 commits to a living, breathing world where quite literally everything has purpose. Never before has Rockstar blended the line between simulation and action game, using RDR2 as a means to flesh out one of the most tangible virtual worlds in the medium. From the gunplay, to horse riding, and the fact Arthur Morgan can pick up just about everything in his line of sight, Red Dead Redemption 2 can be an overwhelming game to wrap your head around.

RELATED: Red Dead Redemption 2: 10 Most Hilarious NPCs And Where To Find Them

When every little detail matters, it becomes harder to spot what you’re looking for. Red Dead Redemption 2 features several plants that Arthur Morgan can pick up, including berries. Berries in RDR2 are extremely hard to find and blend in with their environment like they’re camouflaged. Of the four in-game berries, Blackberries are arguably the most illusive in Red Dead Redemption 2 – demanding players look carefully just for a handful. For anyone who wants to 100% RDR2, you’ll need to know where to find blackberries.

Red Dead Redemption 2 has several gameplay challenges that cater to the multiple mechanics and concepts at play. Some of the best rewards in the game are locked behind the challenges, so it makes sense to want to tackle them as they come up. Unfortunately, most players will find themselves road blocked by Herbalist Challenge 2, which tasks Arthur with finding and eating four different types of berries.

RELATED: Red Dead Redemption: 10 Easter Eggs And Secrets You Might Have Missed The First Time Through

There are only four berries to begin with, meaning players will need to hunt them all down. Raspberries can be found all over New Haven and tend to spawn near your camp, Huckleberries can be found by the Saint Denis swamplands, and Wintergreen berries spawn in the New Hanover forest. It’s the blackberries that’ll be hard to track down.

When searching for berries in general, it’s best to have your Eagle Eye activated. With Eagle Eye triggered, interactable plants will be highlighted on the screen – guiding Arthur to berries. Since Blackberries do not spawn in abundance and tend to be out of the way, don’t expect to just stumble on some through gameplay. Blackberries can be found around West Elizabeth and the Dakota River, but be ready to explore your general vicinity.

More specifically, Blackberries can be located to the west of the Dakota River. Simply head towards Diablo Ridge and to the west of the trail coming from the Dakota River will be some Blackberries fresh for picking. It’s worth keeping in mind that the goal for Herbalist Challenge 2 is to eat four different berry types, not just pick them. Make sure you eat at least one Blackberry before picking the rest. Once you do, happily cross Herbalist Challenge 2 off your list.

How To Use Blackberries

Blackberries don’t have too many gameplay benefits, but they’re not useless by any means. When eaten normally, Blackberries restore Arthur’s Health Core. Since they’re so hard to find, however, it’s not exactly worth eating them unless you’re in a pinch. Similarly, Blackberries only sell for a quarter so there’s no real worth in commercializing them either.

Next: Red Dead Redemption 2: How To Brush Your Horse (& Every Other Way To Bond)