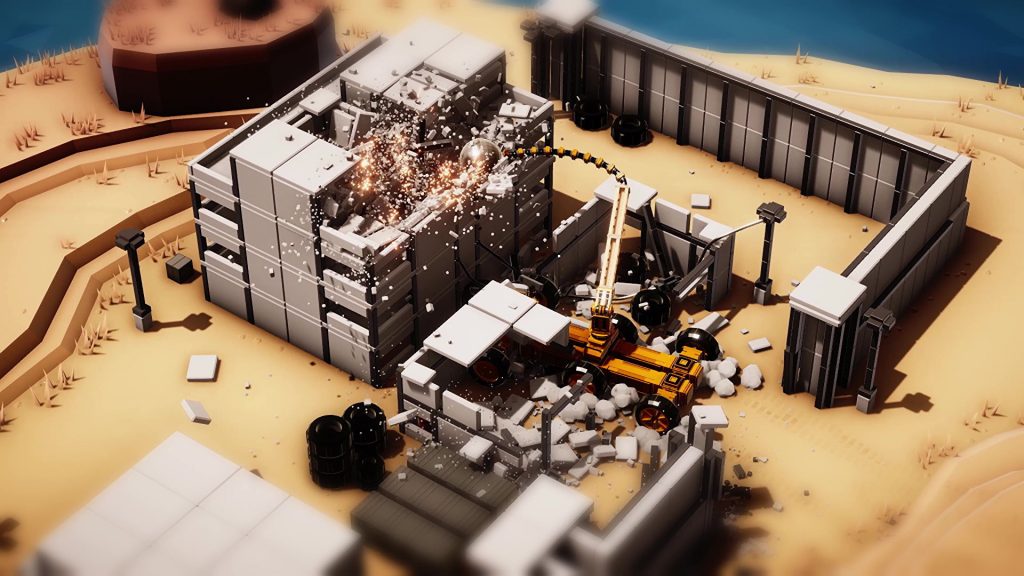 Destroying stuff in video games is a real joy, especially if there’s some decent physics-based crumble to be had. Instruments Of Destruction aims to channel this energy into an early access release later this year. It’s a game about designing vehicles that live to smash into buildings, and is the work of former Red Faction: Guerrilla lead tech designer, Luke Schneider.

Instruments Of Destruction will celebrate destruction by having players build and customise vehicles then careen into all manner of smashable sandboxes. Radiangames say it features an “advanced physics-based destruction system” that allows you to demolish every structure in the game piece by piece. Optional bonus challenges and objectives aim to add replayability, so you’re encouraged to get more creative with your mechanical monstrosities.

There’s no denying it: Instruments Of Destruction looks similar to Besiege, another physics-based building game where you construct medieval siege engines. But this looks like it has an even explodier sandbox. The way these buildings shatter is glorious.

Instruments Of Destruction is due to arrive on Steam Early Access in late 2021. Radiangames say that the early access period will last for “at least a year”, with “multiple years a possibility”. They plan to use that time to add more levels, objectives, and vehicle parts, while editors for levels, structures, and islands are also “on the wishlist for features”.