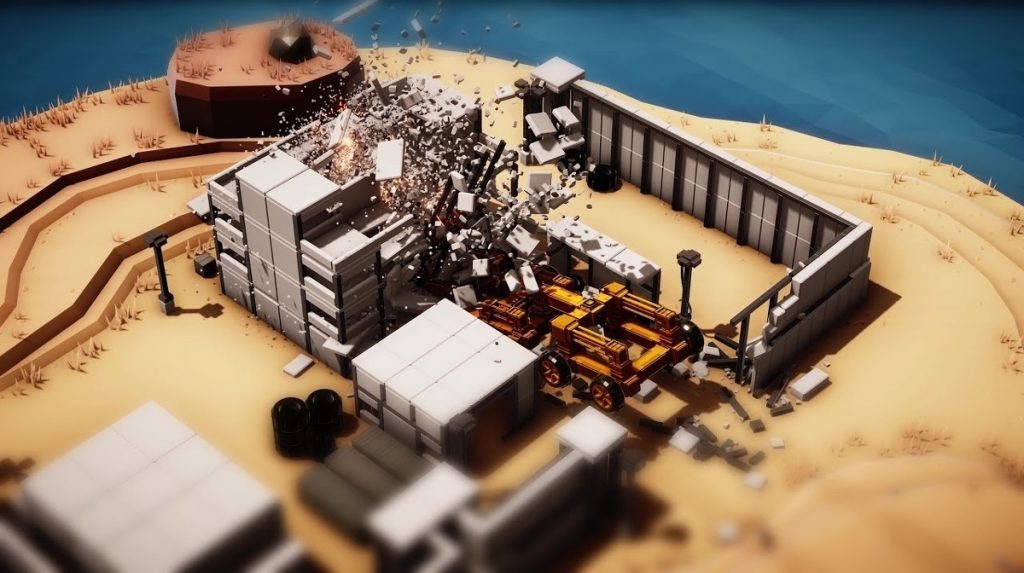 Before his prolific career as an indie, Schneider was part of the team at Volition which worked on Red Faction Guerilla. Since then, he’s been keen to bring back its famous destruction-mechanics on a different scale.

On that note, here’s our first look at Instruments of Destruction. It’s an isometric vehicle-building sandbox where you construct hulking machines of ruin, then set them loose on unsuspecting structures:

Instruments of Destruction is currently set for a late 2021 launch on Steam Early Access, where you can wishlist it now.

“Instruments of Destruction is a vehicle building sandbox with many possible directions, lots of player creativity/control, and high replayability, and those attributes make it a great Early Access title,” Schneider wrote. “Though the initial version will be satisfying to play, the exact direction and additional content for the game will be partially driven by community feedback.

“The game is a work-in-progress, and currently has 40+ parts to build vehicles with, and 4 polished levels. Before launching into Early Access (planned for late 2021), the number of levels will be increased significantly, and some game systems (such as objective tracking and audio) will be added/improved.”

If you’ve heard the name Radiangames before, it’s probably because you’ve played one of Schneider’s consistently addictive mobile projects, such as Apple Arcade game Speed Demons, puzzler Slydris, or twin-stick arena shooter Devastator. All of those, and many more, make Instruments of Destruction one to keep an eye on.