Home » Report: New Call of Duty Will Be Revealed in Warzone Later This Summer

Report: New Call of Duty Will Be Revealed in Warzone Later This Summer 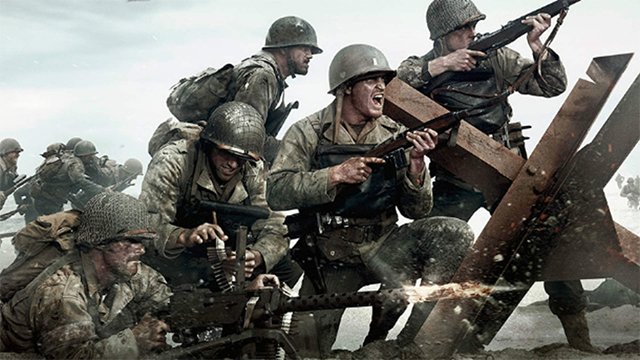 It is inevitable that there will be a new Call of Duty this year, but it might not be revealed through the usual channels. According to a recent report, Call of Duty: Vanguard, the rumored title for the 2021 game, will skip E3 and be shown to the world through Warzone, the franchise’s free-to-play battle royale, later this summer.

VideoGamesChronicle posted this report earlier today. According to their sources, Vanguard will be likely be shown through an in-game event similar to what happened in 2020 with Black Ops: Cold War after Activision said it wanted to reveal the game “very different and more engaging way.” This resulted in an in-game trailer through a different playlist after a couple months of bizarre in-game and real-life ARG puzzles. However, the 1984 skin of the Warzone map did not come out until April 2021, a full five months after Cold War‘s release.

This report alleges that the reveal and proposed event for Vanguard will be more intertwined, which makes sense given how this year’s reveal would have had more than time to be developed. VGC also states that the new map will be the “largest and most ambitious” one to date, set in the Pacific theatre, and come out by the game’s release. New tech from 2019’s Modern Warfare will also be implemented as well as new vehicles.

It’ll also be separate from E3, but given the timing, it might be hard for some to differentiate one “separate” game reveal from one directly connected to E3 or Summer Games Fest. The Summer Games Fest will have a trailer for Warzone‘s Season 4 so there’s a possibility this will all be connected. It’s also not out of the realm of possibilities that there will be a more traditional reveal event, but that’s still unclear, given that Black Ops: Cold War didn’t have one like its predecessors.

Vanguard has not been officially revealed, but reports say that it will be World War II first-person shooter developed by Sledgehammer Games, the team that led Advanced Warfare and WWII. It’ll be on PS4, PS5, Xbox One, Xbox Series X/S, and PC and is reported to include a campaign, multiplayer, and zombies in the European and Pacific theatres of the war. VGC claims that its plot will tell the story of the “birth of modern allied Special Forces.” Activision has not commented on any of this, but it’s likely just on the cusp of spilling the beans.