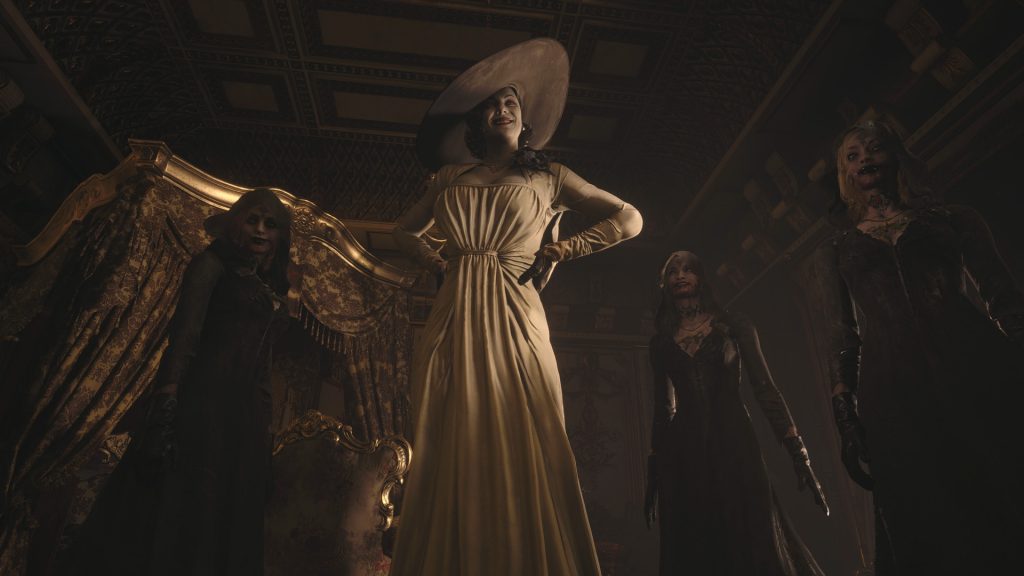 There is plenty of hype for the latest Resident Evil video game. Resident Evil Village just launched into the marketplace and it’s bound to have plenty of fans jumping into this game during the weekend to see just where the story of Ethan continues or if we’ll get a full conclusion. While more bits of information previously left out from the game or the development process, in general, will likely come out to the public now that the game is out, it’s already been spotted that one popular character was cut from the game entirely.

Fans are spotting that Ada Wong was cut from the game thanks to the Trauma Pack DLC. This DLC came with several editions of Resident Evil Village and with it we got some artwork. The artwork depicts some of the concept art that was made up for the game in which case we found that Ada Wong was featured and dressed up to go along with the gothic setting. It’s unknown right now just what all Ada Wong would have gotten into if she had stayed within the game.

With that said, apparently during her investigations of the village Ada would have saved Ethan from some antagonists. Unfortunately, the character was likely cut to stick with whatever storyline the development team felt would have worked best for this game. Perhaps we’ll see Ada Wong come out in some future DLC storyline or it’s possible that she is being saved for a different game entry altogether.

Whatever the case may be, there is plenty of content for Resident Evil fans to enjoy right now thanks to Resident Evil Village being available. If you have yet to pick up a copy of this game then you can do so for the PC, PS4, PS5, Xbox One, and Xbox Series X/S platforms.