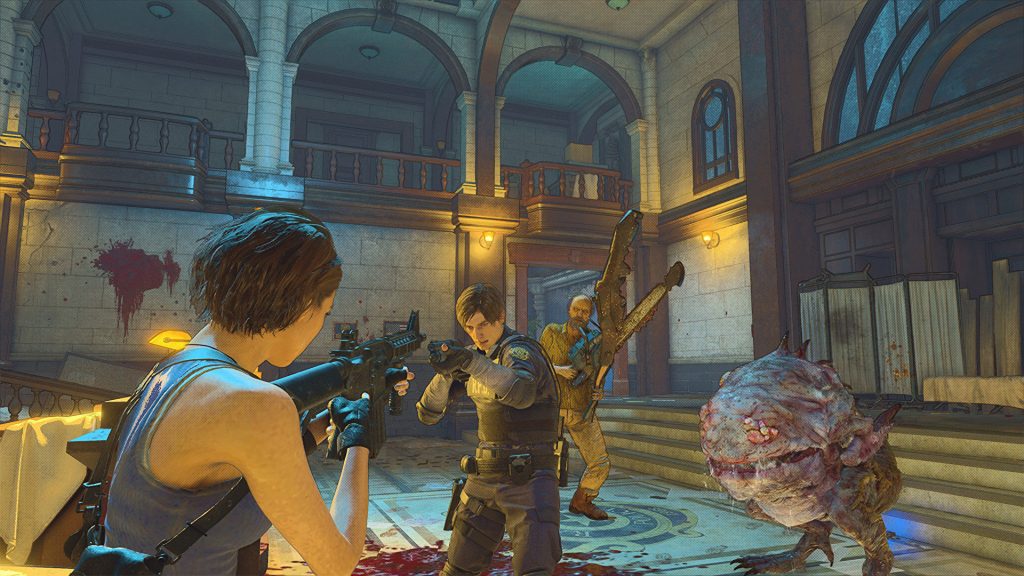 Capcom now say that Resident Evil Re:Verse, the multiplayer deathmatch mode included with Resident Evil Village for no clear reason, will launch this summer. Previously they’d been more vague, though I had assumed it would be in when the game launched on May 7th. Nope, summer. But seeing as no one is buying Village for Re:Verse, sure, whatever.

While Capcom haven’t made any big public announcement, GameSpot report they revealed it in an e-mail to “Resident Evil ambassadors”. ReVerse’s website also now says “Re:Verse will launch Summer 2021” where once it said “Available: 2021”.

Re:Verse is a deathmatch mode for 4-6 players, where Resident Evil goodies shoot each other and can find power-ups to transform into monsters. Capcom have held several open beta tests, to a broadly negative reaction. Beta reviews on Steam broadly say it’s, like, okay, but many are frustrated that Capcom spent money and effort on this rather than any of the things they’d rather have – whether that’s a cooperative mode for Village or just other games.

Capcom, god bless ’em, do have a strange fascination with making multiplayer Resident Evil spin-offs. It feels very 2010, when publishers crammed pointless multiplayer modes into games to discourage second-hand sales. You know, back when games came on discs. I don’t want to discourage their enthusiasm but I don’t really want to pay for it either. These spin-offs do feel like in another life they would be Half-Life mods with only three servers.