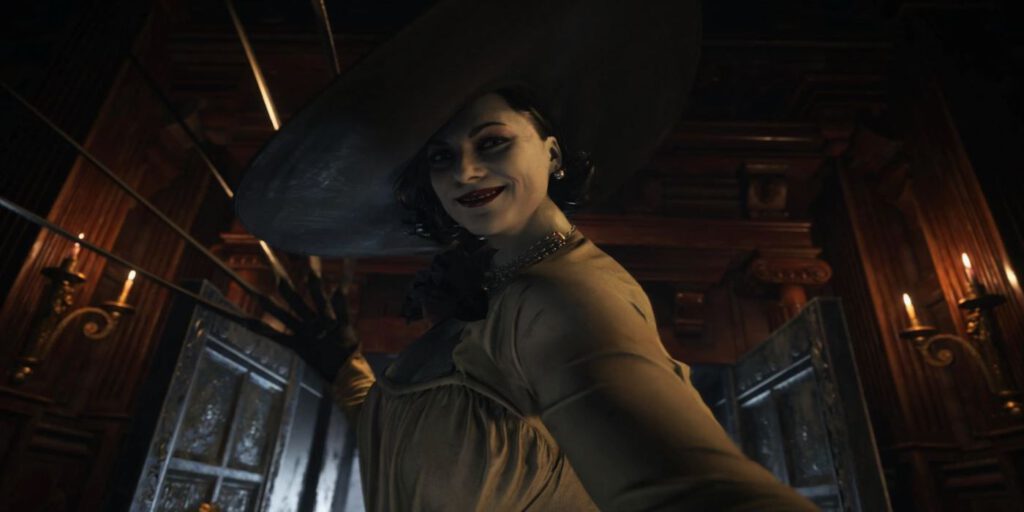 In a recent interview, the art director and creator of Lady Dimitrescu from Resident Evil 8 discusses the Internet’s reception to the character.

In terms of what has been shown so far from Resident Evil 8: Village, one of the things that has many fans excited for the upcoming game is its lead villain. Lady Dimitrescu, the near-ten-foot-tall vampire lady, has been the subject of much Internet adulation since she was revealed. Now, the developer who initially created the character for Resident Evil 8 is surprised by how much attention she has received.

While fans have technically known of the character’s existence ever since the reveal trailer that premiered during the PS5 console design showcase, Lady Dimitrescu started to receive widespread Internet popularity just a few months before the game was set to release. Since that time, the character has become a meme in her own right and has certainly gained a lot of attention. This kind of response was one that her creator did not necessarily expect.

Tomonori Takano is the art director of Resident Evil 8, and the one who created Lady Dimitrescu. In a recent interview with IGN where he discusses the characters origins, he explained that once the team decided to create a setting built on the “vampire in a castle” motif, they didn’t want to be limited by what had come before in terms of that kind of format. However, he did go on to say how excited he and the rest of the team was in terms of how well she has been received online.

Takano said he was particularly struck by comments saying people “want to get chased by her.” That’s not something that can necessarily be said of many other video game monsters. While creatures like Pyramid Head, Nemesis, and Mr. X are beloved by the horror gaming community, they’re not exactly characters that fans actively want to be chased by.

It is amazing how much attention and popularity this character has received in such a short amount of time. The fact that the game hasn’t released, yet KFC has created crossover art with Lady Dimitrescu in the style of its dating sim, is cool to say the least.

In any case, it will be interesting to see what role Lady Dimitrescu plays in the larger story of Resident Evil. The trailers have done a good job of keeping story details close to the chest, but just like Resident Evil 7, it’s hard to see what any of this has to do with overarching narrative of Resident Evil – outside of the fact that characters like Chris Redfield and Ethan Winters will be returning. Fans will just have to wait and find out.