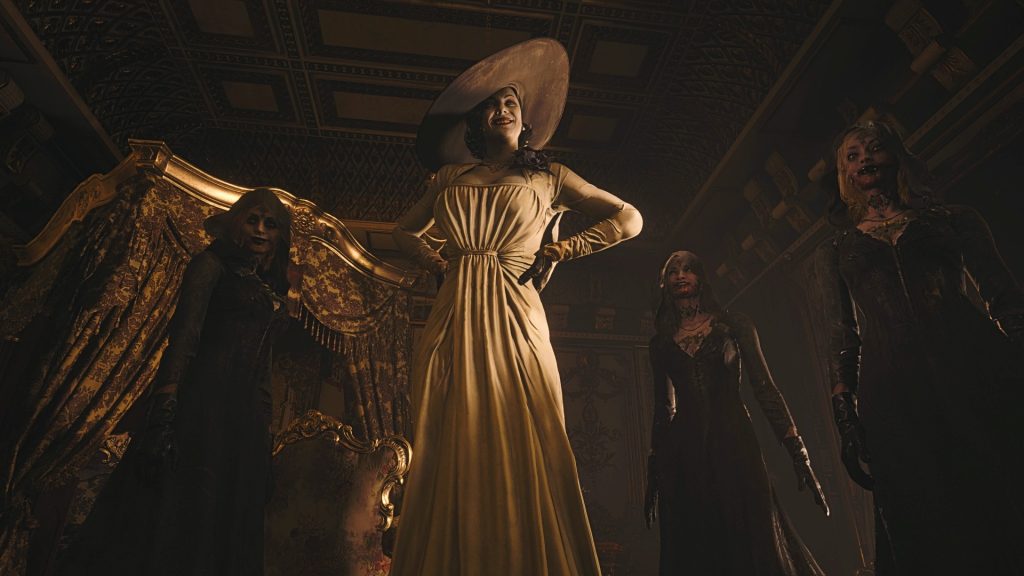 Resident Evil Village isn’t set to hit our screens until later this week, but fans already have a headstart on modding. Players managed to make the most of the horror game’s one hour demo to churn out some character swap mods. Though, the pick of the bunch turns Lady Dimitrescu into a warped version of Thomas the Tank Engine.

It isn’t so much that content creator Crazy Potato has just swapped the baddie with Thomas; it’s that they’ve only bothered switching the face. If that’s not enough to freak you out, Dimitrescu the Face Engine also has Thomas’ signature theme, only slowed down to make it even more freaky and unsettling.

We’ve seen plenty of other mods in the short time the demo has been available, too. Someone is already getting to work on a third-person mod and is making a playable version of Cassandra. Others are doing what modders do best, like introducing Barney the Dinosaur into the fray alongside Brazilian model Ricardo Milos. You may recognise the latter from a viral dance video that hit the web in 2010. You can, uh, find that video yourself.

You can catch Lady Dimitrescu as Thomas the Tank Engine below if you’re hard enough:

While players only had an hour to play the demo, someone swiftly found out how to reset it on Steam, which helps with modding we imagine.

The Resident Evil Village release date isn’t too far away now, but there’s still time to pre-order it if you haven’t got around to it yet.