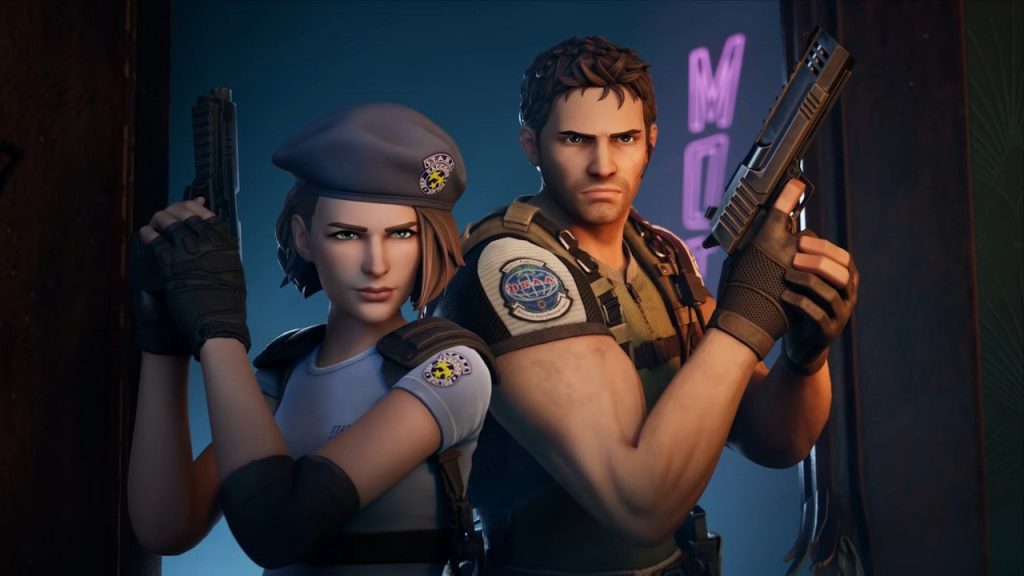 We’ve seen Fortnite team up with Capcom’s Street Fighter series, and now it’s Resident Evil’s turn. Yes, that’s right – S.T.A.R.S. veterans Chris Redfield and Jill Valentine are dropping into the island to face off against ‘The Sideways’ Cube Monsters’ and other opponents in battle.

You’ll be able to get the ‘S.T.A.R.S. Team Set’ from the Fortnite Item Shop. The Chris Redfield outfit will come with an alt Hound Wolf Squad style and Jill gets an alt Raccoon City Style look.

And this cool loading screen by Rodrigo Lorenzo is included as well:

Will you be dropping into the battlefield as Chris and Jill? Leave a comment down below.