Home » Resident Evil’s Jill Valentine and Chris Redfield are on their way to Fortnite • Eurogamer.net

Resident Evil’s Jill Valentine and Chris Redfield are on their way to Fortnite • Eurogamer.net 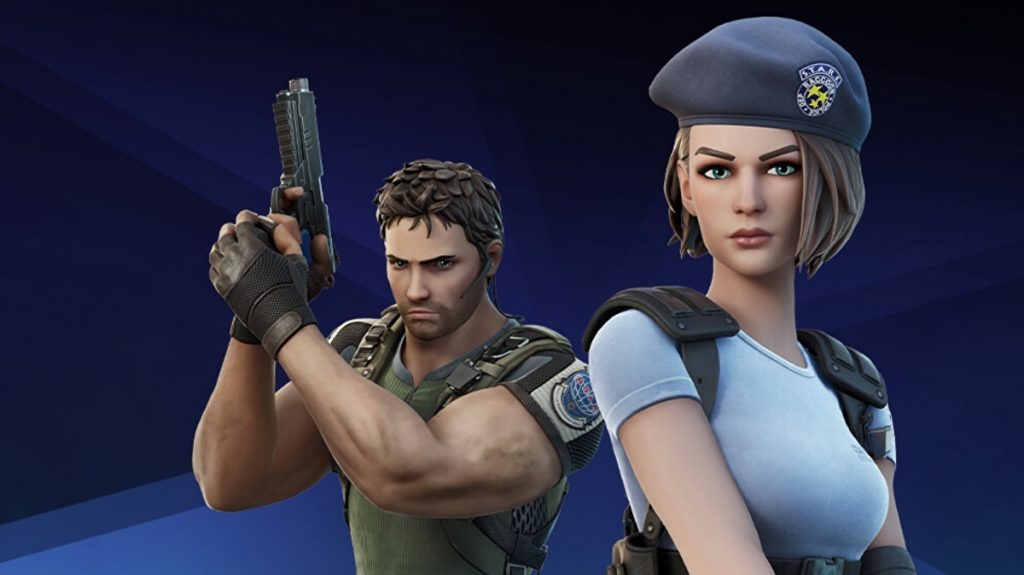 “After surviving countless horrors in the Spencer Mansion and beyond, S.T.A.R.S. veterans Chris Redfield and Jill Valentine find themselves on the Island to face The Sideways’ Cube Monsters. Fend off Cube Monsters (and your opponents) like your life depends on it with the S.T.A.R.S. Team Set, available now in the Fortnite Item Shop!” Epic teases in a new blog posted earlier today.

“Whether you’re taking down Cube Monsters or storming IO labs, stop evil in its tracks as boulder enthusiast Chris Redfield and the “master of unlocking” Jill Valentine. The Chris Redfield Outfit comes with the alt Hound Wolf Squad Style, based on his clash in a snowy village, and the Jill Valentine Outfit comes with the alt Raccoon City Style, based on her desperate escape from a relentless pursuer.”

You can also grab the Green Herb Back Bling – with the alt Red Herb and Blue Herb Styles – “take your typewriter with you with the Saving Keystrokes Back Bling”, as well as the Umbrella-developed anti-bioweapon knife Hot Dogger Pickaxe and “swing what once belonged to evil: the Stun Rod Pickaxe”. There’s also the Brolly Stroll Emote to collect, too, and the new Survival Loading Screen.

ICYMI, a Fortnite feature film is being considered as part of plans for a new Epic Games entertainment division. The move into scripted video programming comes as Epic’s revenues have been hit by its inability to expand further on iPhones and Android devices.

A push into the entertainment sector would bolster Epic’s coffers, and a Fortnite movie has reportedly “already been discussed”. Perhaps not coincidentally, a trio of top LucasFilm employees have joined Epic Games this year, including the film studio’s former VP of physical production, Jason McGatlin.