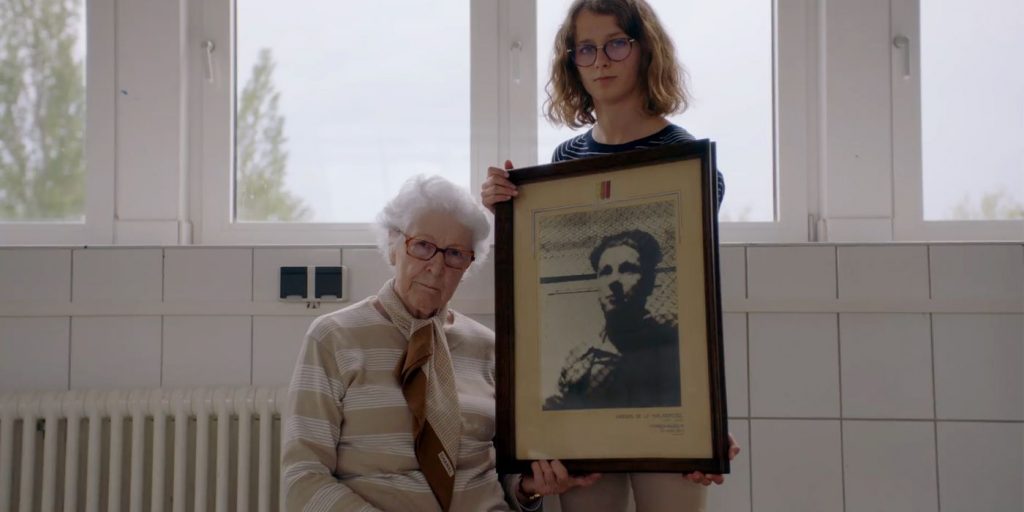 Colette, a documentary featured in Medal of Honor: Above and Beyond, makes history and wins Academy Award, the first-ever in the video game industry.

Ahead of its Oscar nomination, Respawn Entertainment was responsible for breathing much-needed new life inside a dormant first-person shooter that, according to many of its fans, lost its identity. Prior to the release of Medal of Honor: Above and Beyond, the last entry in the series was considered a disappointment as Medal of Honor: Warfighter failed to connect with its core audience who grew up with the series’ gritty World War 2 environment.

Citing a return to form, Medal of Honor: Above and Beyond was known for its innovative approach to the classic FPS genre through the use of VR gameplay, yet the world would take notice of the game through its Gallery mode. The gallery mode featured several short documentaries of various WW2 veterans and of these documentaries, Colette was the main focus for many film critics.

Colette, directed by Anthony Giacchino, produced by Alice Doyard, and co-produced by Oculus and Respawn Entertainment, tells the story of a former French Resistance member named Colette Marin-Catherine who returns to Germany for the first time in 74 years. Reflecting on her time during World War 2 and the loss of her brother during the war, the emotional documentary was enough to earn Respawn the Oscar nomination, a rare, almost unheard of accomplishment for a Video Game studio.

During the Oscar ceremony, Colette would win the Academy Award for Best Documentary (Short Subject), with Respawn Entertainment being the first video game company to not only earn an Oscar nomination but win an Oscar. The company expressed its gratitude for winning the prestigious award, with Director of Communications Ryan Rigney personally tweeting his elation and shock over the achievement.

Perhaps it was destiny that Medal of Honor would be the first video game to win an Oscar as the series was one of the first to bring a AAA movie director involved on staff as one of its lead story writers. Steven Spielberg would go on to direct and oversee the progress of the first three Medal of Honor games, including Medal of Honor: Underground. Since Spielberg’s departure, the series continued to bring engaging World War 2-era stories in video game form, a dedication that would culminate in an Oscar nomination and eventual win, over two decades in the making.

Medal of Honor: Above and Beyond is now available on PC.

MORE: Apex Legends Easter Egg Discovered in Medal of Honor: Above and Beyond

Pronounced “Nay-Quan.” A Brooklyn College graduate in Creative Writing and gamer since the PSX days. An avid fan of rhythm games, fighting games, racing games, and everything in between.