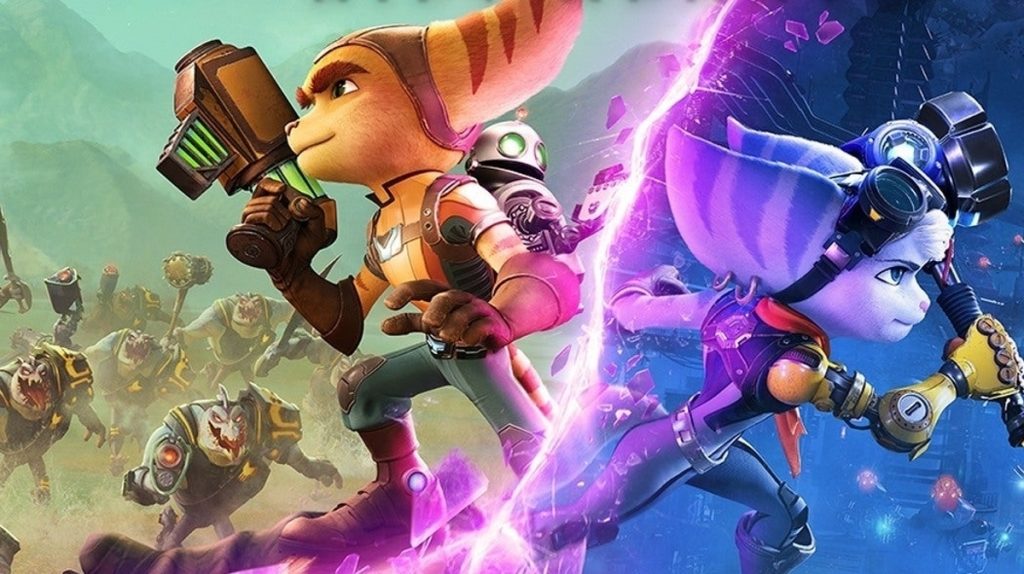 Just as it promised earlier this week, Sony has shown off a big new chunk of Ratchet & Clank: Rift Apart gameplay, and, if you missed it, you can now whet your appetite for the game’s June launch on PS5 by watching the whole thing below.

For its latest Ratchet and Clank adventure, developer Insomniac is taking the twosome on a breakneck trip to another dimension, one that will supposedly offer a mix of brand-new locations and familiar favourites given an alternate-dimension twist.

Insomniac’s latest gameplay demonstration kicks off in one of those new areas, a dazzling, bustling, neon-hued future-metropolis – complete with a sky full of flying cars, naturally – known as Nefarious City. Upon arrival, Ratchet discovers two things: firstly, robot buddy Clank has gone missing, and secondly, some familiar faces live in this strange, new dimension – although they aren’t exactly as he knew them back home.

Dr. Nefarious, for instance, is considerably more successful here, having been crowned emperor of the city. Mrs. Zurkon, meanwhile, is now a weapon vendor and a newly minted member of the resistance – whose number also includes new playable protagonist Rivet.

According to Insomniac, one of its goals for Rift Apart was to bring a sense of increased mobility, and that’s evident in some of the game’s new features. Ratchet’s new traversal abilities, for instance, include a wall-run and dash. The latter is suitably versatile, enabling chasm-crossing mid-air lunges during platforming and evasion during combat. Even niftier, though, is the new Rift Tether ability, which can be used to grapple onto a dimensional tear and teleport immediately to an entirely new area of a combat arena for a better vantage point.

Weapons, if you’re wondering, make extensive use of adaptive triggers. The Burst Pistol, for instance, lets players accurately place a single shot when the trigger is pulled back part way, but a full press unleashes a rapid-fire spread that covers significantly more area. Similarly, a half-press with the Enforcer will fire a single barrel while a full press fires both.

The whole thing, as you might imagine, looks absolutely stunning, but the demo takes a particularly beautiful turn once Insomniac switches to a segment involving Rivet and Clank, with the duo finding themselves on a lush jungle planet, teeming with exotic flora and fauna.

It’s a particularly nifty trick, then, when players encounter dimensional rifts that let them hoist themselves near-instantaneously to entirely new, and equally detailed, planets – a trick a mini-boss known as the Nefarious Juggernaut makes use of with impressive results.

It’s well worth watching the full 15-minute presentation to see Rift Apart’s aforementioned new features in action, and there are even a few teases of other things to come in the closing moments, including explorable open areas, dimensional Clank levels, glitch and arena challenges, aerial combat sequences, pocket dimensions, and, of course, the now obligatory Photo Mode. And if all that’s left you suitably sold on Ratchet & Clank: Rift Apart, the full game comes to PlayStation 5 on 11th June.