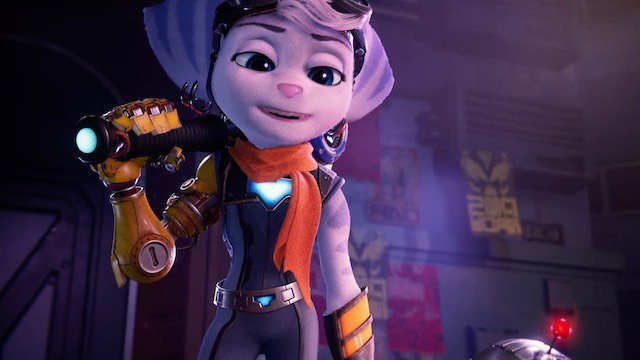 Insomniac Games’ first PlayStation 5 exclusive is a graphical showcase for Sony’s latest gaming platform. The Ratchet & Clank: Rift Apart gameplay trailer is a great look at what to expect from the third-person platformer when it releases in June. It’s the latest entry in the popular shooter series that has been a PlayStation staple since the PlayStation 2.

While this is the company’s first PS5 exclusive, it isn’t their debut on the console. Insomniac Games previously released the critically acclaimed PlayStation 5 launch title Spider-Man: Miles Morales, although that game also came out on PlayStation 4. One of Sony’s most beloved first-party studios, Insomniac is also behind titles such as Resistance and Sunset Overdrive. Previously a third-party developer, it was bought by Sony in 2019.

Check out the Ratchet & Clank: Rift Apart gameplay trailer below:

PlayStation gives additional context to the trailer by saying, “The intergalactic adventurers are back with a bang. Help them stop a robotic emperor intent on conquering cross-dimensional worlds, with their own universe next in the firing line. Witness the evolution of the dream team as they’re joined by Rivet – a Lombax resistance fighter from another dimension.”

While this isn’t the first time that gamers have seen Rivet, it is the debut of her name. This new Lombax is from another dimension and will help Ratchet and Clank in their latest misadventure. The trailer also features music from DEVO and for good reason as co-founder Mark Mothersbaugh is composing the game’s soundtrack.

“The song we chose for the trailer has special meaning beyond just being a great, exciting track,” said Insomniac Games’ creative director Marcus Smith. “It is from the (Rock n’ Roll Hall of Fame nominated) band DEVO, a personal favorite of mine, but, some would say more importantly, the band that the incomparable Mark Mothersbaugh co-founded. I’m excited to announce that Mark is the Composer of the Rift Apart soundtrack! Beyond his work in DEVO, you’ve likely heard his compositions across the years whether it was in the original three Crash Bandicoot and Jak & Daxter games, as well as animated series like Rugrats, and the blockbuster film: Thor Ragnarok. We are so thrilled to be collaborating with Mark and cannot wait for you to hear the incredible score he’s come up with.”

Ratchet & Clank: Rift Apart releases June 11, 2021, exclusively on PlayStation 5 and is available for pre-order now. Even more details will be announced on April 29 in a new “State of Play” presentation at 5 p.m. ET/2 p.m. PT.