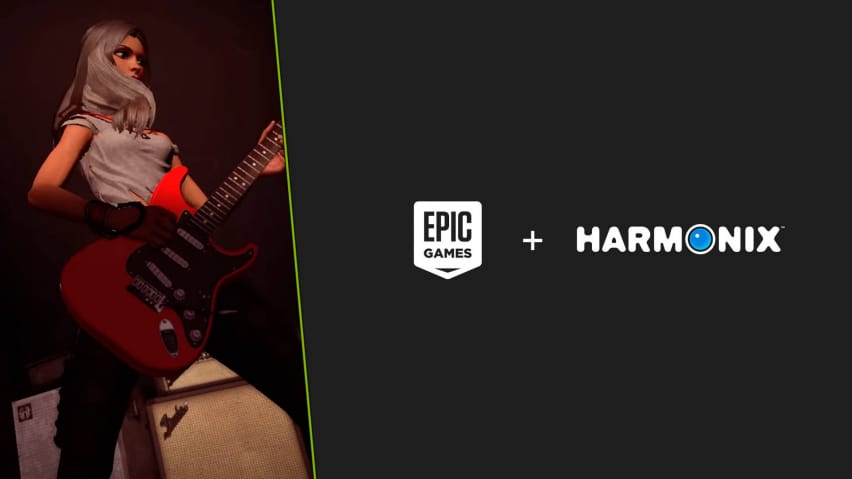 Rock Band developer Harmonix has announced that it has been acquired by Epic Games, setting it up to make more Rock Band content — and some interesting stuff for Fortnite, too.

Harmonix hasn’t released a core Rock Band game since Rock Band 4 came out all the way back in 2015. Although it has released new content for that game and kept up with new seasons of Rock Band Rivals and DLC music, there hasn’t been much news of what’s next. Now we know: Harmonix has acquired Rock Band.

Now that Epic Games has brought Rock Band developer Harmonix under its umbrella, we can certainly look forward to some interesting musical content coming to Fortnite. What that content is, however, is a bit of a mystery.

Musical content in Fortnite is nothing new; the Battle Royale game has hosted in-game events such as a Travis Scott concert. Heck, even in-game concerts are becoming more and more common — World of Tanks, of all games, featured a concert by The Offspring back in 2019. Harmonix, however, may be doing something a little different now that it falls under the Epic Games umbrella.

“Our team will work with Epic to create musical journeys and gameplay for Fortnite,” read today’s announcement from Harmonix. “While we’re not ready to share any specifics, the whole team is incredibly excited to get started. Stay tuned!”

But what about Rock Band? Longtime fans of the franchise need not worry — Harmonix is going to continue to make Rivals seasons and release DLC. It also has no plans to shut down any of the servers for its ongoing games just yet. Unfortunately, it has yet to announce any plans to release new instruments or the next major Rock Band title.

For now, this seems like a pretty solid win-win situation — Epic Games gets some interesting new content for Fortnite and Harmonix gets the money it needs to keep its doors open. Hopefully, some of that fresh funding will go towards doing something new with Rock Band.

What do you think of Epic Games acquiring Rock Band developer Harmonix? Do you think we’ll see a new Rock Band game anytime soon? Let us know in the comments below!