Rogue Lords makes you play as a cheating devil 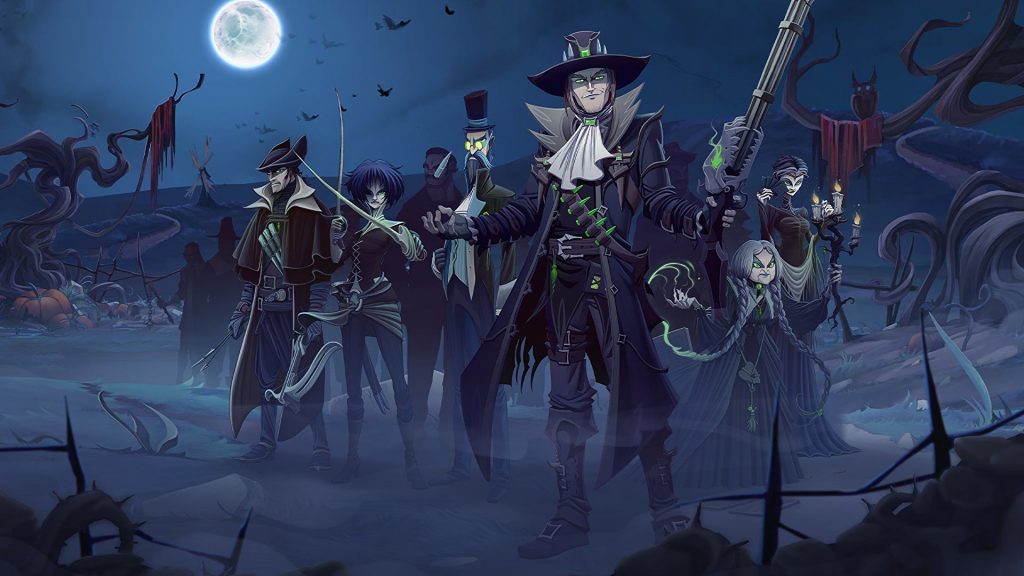 Rogue Lords is an upcoming gothic fantasy roguelike being developed by Cyanide Studio (the creators of Blood Bowl and Styx) and Leikir, and it’s set to release this year. It caught my eye when it was first announced amidst the notE3 celebrations last year, mostly due to the eerie aesthetic and cool concept art shown during publisher Nacon’s announce-a-thon stream. But today, the devs released a new gameplay trailer that’s piqued my interest once more, because it shows that players can kind of cheat to win runs.


In Rogue Lords you play as the Devil who’s trying to take revenge on the demon hunters that kicked him out of the mortal world. He does this by sending out fiendish minions like Bloody Mary and Dracula to do his dirty work (which, as you’ll see in the trailer below, mostly revolves around beating up said demon hunters).


Throughout your runs you have a little meter full of “Diabolic Essence”, which you can use to perform special actions to help your henchmen in battle. You can use some of this Essence to negate enemy attacks, or straight up manipulate the health bars of your friends and enemies. I suppose it’s a bit weird to call it “cheating” seeing as it is a mechanic that’s purposely put into the game, but it still looks interesting. You’ll need to be careful how much you “cheat” too, because if all your Diabolic Essence is depleted, you lose your run.


Similarly to Slay The Spire, Rogue Lords has a world map that randomly generates each run, and you’ll need to choose which path to take depending on what things you want to encounter – like battles or special events. Each time you run into an event, you can choose to take an action with a certain percentage chance of succeeding… or you can use some Diabolic Essence to make that percentage much higher and maximise your chance of success.


It’s all very up my alley, though I am the sort of person that will try to use the Essence as often as possible, likely dooming myself in the process. I’m also very entertained by the fact that you need to click on a button called “Devil Mode” to perform these Diabolic manoeuvres, which I can only hope plays incredibly intense music until you come out of it.


Rogue Lords is set to arrive on Steam at some point this year. It’s also coming to Nintendo Switch, PS4 and Xbone.