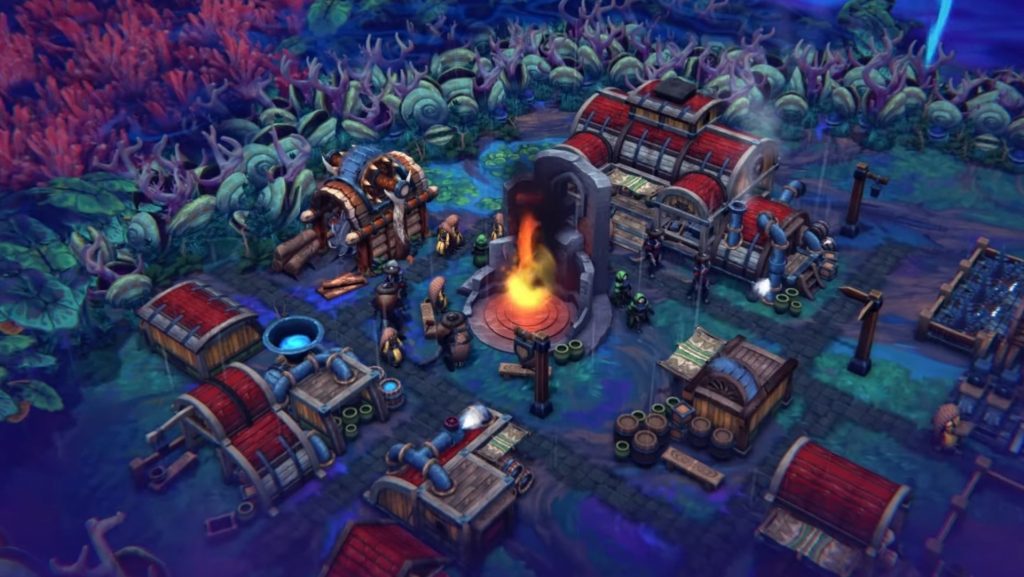 Against the Storm, a semi-roguelike city-building game that’s been in early access on the Epic Games Store for just over a month, just got its third major update. This patch adds a whole new biome to explore, and it makes some key changes to the resolve and orders systems that should make your next expedition out into the forest a bit smoother.

The big headline addition in this update is of course the new biome, the Coral Forest. This was the winner of developer Eremite Games’ recent community brainstorming session, and it’s a place where the trees are all covered in various colourful, coral-like growths. These growths offer additional resources when you harvest each tree, which means you’ll probably want to devote more resources to woodcutting than normal resource-gathering while you’re there.

The patch also makes a course-correction on a nerf to the resolve system introduced in the last patch. Resolve in Against the Storm is a measure of your citizens’ morale, and it’s crucial to keep it as high as possible – otherwise, you risk having your villagers abandon your settlement. This patch makes it a bit easier to gain reputation in the early- and mid-game, so hopefully your chilly lizards will cheer up a bit.

Here’s a video from Eremite that runs through the changes:

Finally, the patch also updates the orders generation system. In each Against the Storm run, you’ll periodically receive orders from the Smouldering City, which you’ll have to fill to keep the queen happy with your progress. If she gets too impatient with you, it’s game over.

These orders are randomly drawn from a pool of possible orders, and the trouble was that you’d often wind up with orders that were impossible to complete in a particular run – you might get an order for copper bars when there was no copper to be found in the area. This first iteration on the updated orders system should now generate orders based on the conditions of your current game.

The update includes a nice bumper crop of new content, like six new forest mysteries to uncover as you explore the forest’s glades, 20 brand-new orders, new types of objectives, and more. The patch notes also list a host of UI tweaks and bugfixes.

Against the Storm is a surprisingly polished and impressively complex game already, just a month into its early access roadmap. It’s one we’ll be dipping into frequently as it makes its way to official launch.