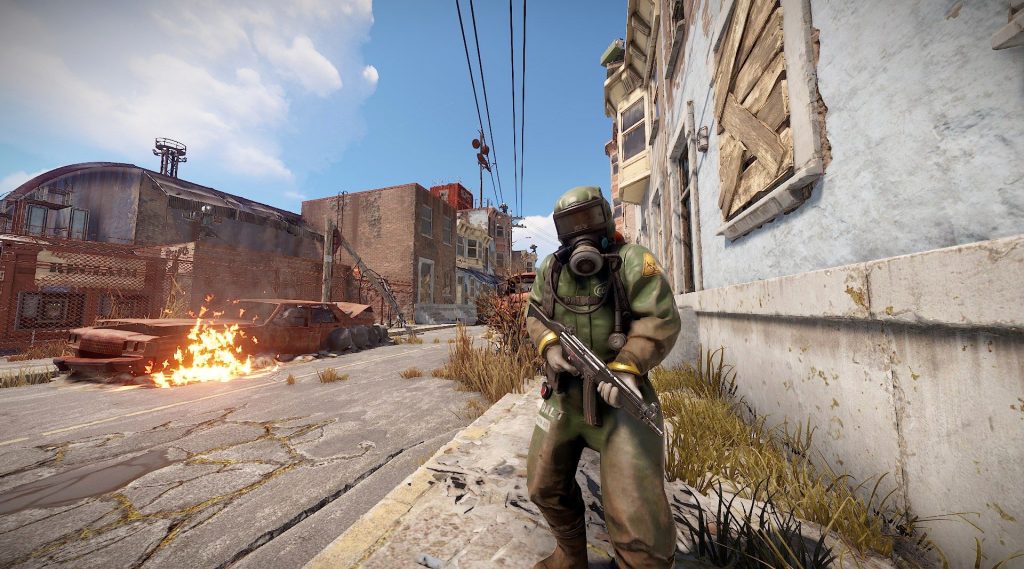 With the team at Facepunch Studios busy working away on new content and gameplay changes for its flagship survival game, there’s always – well, often – news to share on what’s headed Rust’s way. Rust YouTuber Shadowfrax has just shared the latest details on what the devs have been cooking up, and it includes a key change for supply drops.

In the game’s staging – that is, live testing – branch, there are some updates to how visible supply drops are, as Shadowfrax explains in the clip below. “Many supply drops delivered between the in-game hours of 8pm and 7am will now have a big, rotating light on top and white lights on the bottom,” he notes – and there’s some footage giving you a good idea of what this’ll look like in practice to see.

These lights will stay switched on for “a while” after a supply drop hits the ground to help players locate it in areas with dense foliage – though it’s worth noting the siren light will only be visible once you’re within a certain distance of the box o’ goodies.

Naturally, this is a change that sounds small in scope but could mean some pretty big things for the game, as with all that extra visibility it’s going to mean more players will see supply drops, well, drop. So, we could probably expect to see even bigger groups of excited survivors pounce on the crates full of end-game level loot when they fall – and therefore more of a fight to be the lucky victor who gets to keep the spoils. Here’s Shadowfrax’s video explaining the change:

Again, this is only in the game’s staging branch right now – a development build for testing changes in an environment that gives the devs a good idea of how they’ll fare in the live, active game. As such, it’s perhaps not certain that these changes will come to the live game, at least not without some further tinkerings, but it looks like this is what the devs have planned for the game so we can likely expect to see some supply drop changes in this vein head to the live game quite soon.

Elsewhere in the video update, Shadowfrax runs through a bunch of other quality-of-life changes headed Rust’s way and some works (still) in progress. Check out the clip above for the full rundown.