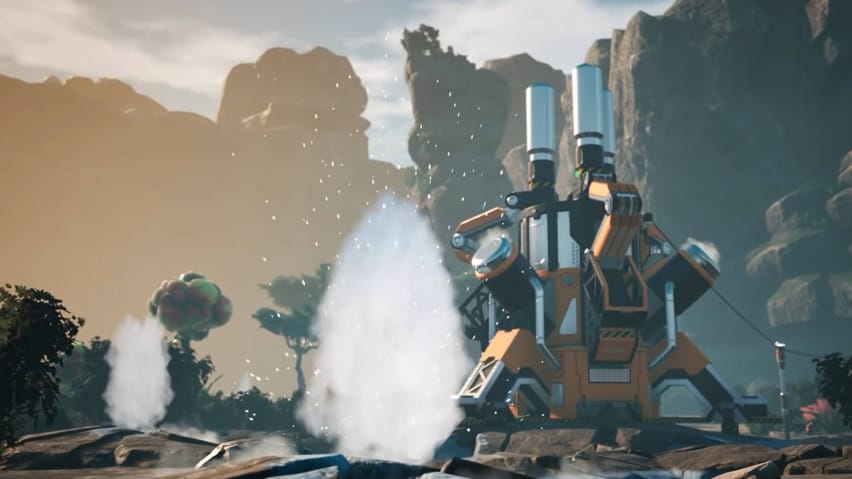 It looks like the official Satisfactory dedicated servers will be launching soon, making it easier than ever to group up with your friends and build a massive factory together on PC.

Satisfactory is a game that’s kind of like a 3D Factorio, allowing you to build massive machinery as you work towards a goal of building a project on a planetary scale. The game first launched around two and a half years ago; since then, there have been several major content updates that introduced new liquids and drones.

Unfortunately, a key component of the game has been missing in action: dedicated servers. Coffee Stain Studios has previously made a Satisfactory dedicated server available through the Steam command line, but it wasn’t as good as it could be. Now, a new update shown on SteamDB (via Reddit) indicates that shows that dedicated servers are here… kind of.

Satisfactory Dedicated Servers Might Solve Some Problems with Lag

The upcoming launch of Satisfactory dedicated servers will surely be welcomed by new and old players alike, especially when one considers the problems that can happen in peer-to-peer gameplay.

Satisfactory is a pretty game with a lot of moving parts — and that means that you might have to deal with some lag. Indeed, discussions from the first few months of launch noted that some PCs simply weren’t up to snuff and the game was practically unplayable.

Dedicated servers have been available behind the scenes for some time, but they weren’t exactly easy to set up; you’d have to either mess around with the Steam command line or tinker with your game’s files; even then, these weren’t exactly in perfect working order. That’s probably one of the many reasons why Coffee Stain Studios was working on an official release for Satisfactory dedicated servers.

“Progress on our dedicated servers have actually been pretty steady as of late,” read a tweet from the game’s official account in early September 2021. “We hope to get them out to y’all as soon as we can.”

The addition of Satisfactory dedicated servers to Steam’s database was just the first sign — they’re now available for testing in an experimental branch. This update also debuts improvements to trains, new cosmetic build pieces, and more.

There’s still a fair amount of work to go, but it looks like we’re closer than ever to enjoying smooth multiplayer gameplay. You can buy Satisfactory for PC via its official website at the price of $29.99 or your regional equivalent.

Have you had good experiences in Satisfactory multiplayer? Do you think the addition of official dedicated servers will provide smoother gameplay? Let us know in the comments below!