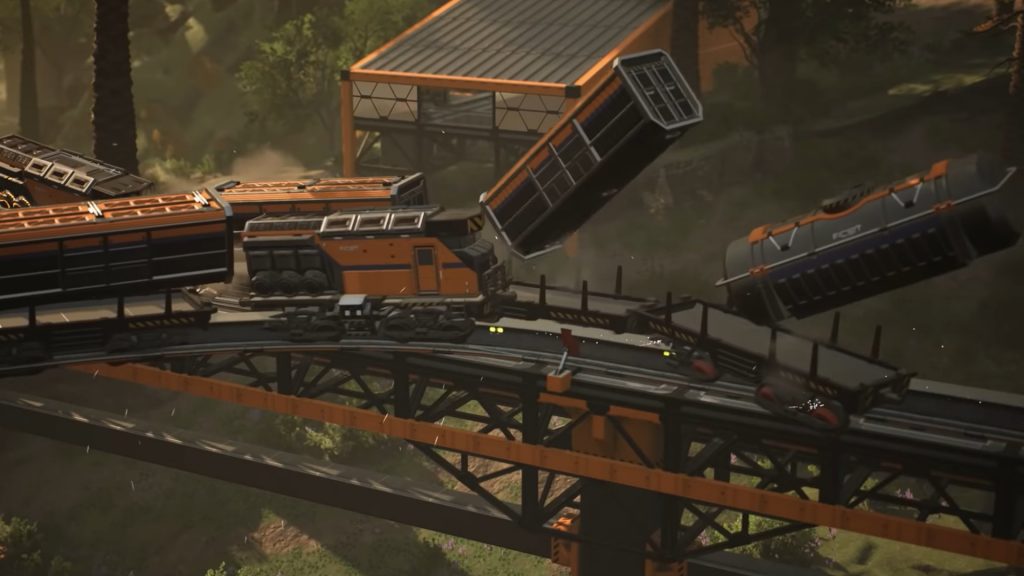 Satisfactory Update 5 will be available in the game’s experimental branch later this month, and unlike previous releases, this update will focus less on new manufacturing buildings, and more on expanding the basic build options. The devs are holding back a lot of details for the public release, but we do know one thing for sure: we’re getting some impressively catastrophic train wrecks.

Update 5 will bring train signals that you can use to manage when your trains are running. Naturally, doring that poorly will cause trains to collide, and as you can see in the trailer below, that means a fantastic display of vehicular carnage. It’s just… it’s beautiful.

You’ll see Update 5 hit the experimental branch on October 26, and the full release onto live servers is expected to come about a month later. The devs have broken down some of the other features that’ll be in the update in previous blog posts, but in brief, you can expect a load of new cosmetic build pieces, an easy quick swap option between similar object types, and an easier way to build foundations.

But me, I’m just here for the train wrecks.

For more sandbox games to dig into, you can follow that link.