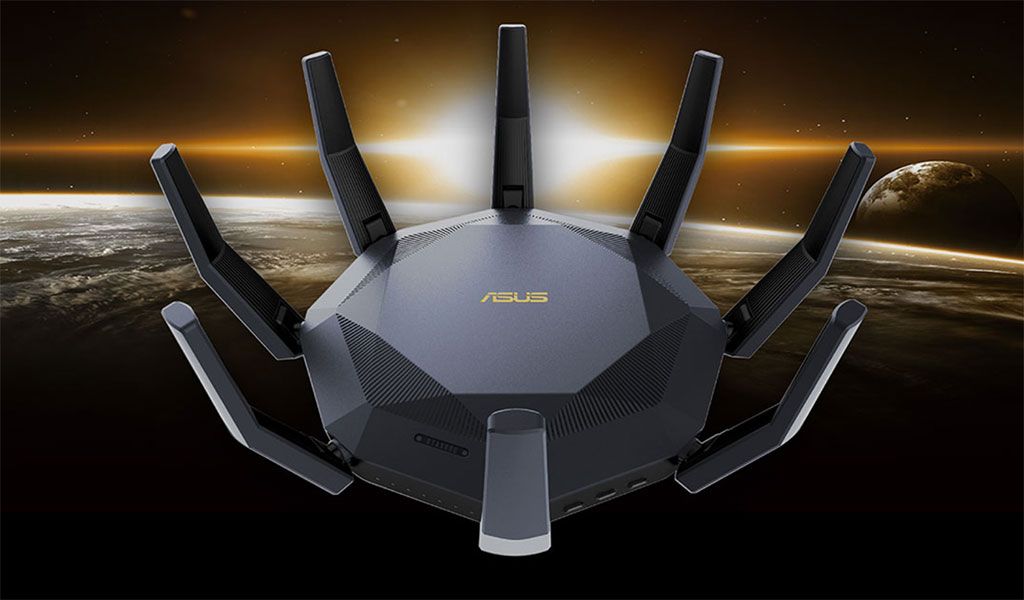 Tired of slow speeds and poor network coverage from your wireless router? If you’re ready to kick it to the curb and buy a brand new one, the Asus RT-AX89X is one of the highest end models out there right now. The problem is, it has a high-end price to match, though you can snag it for $100 below MSRP right now.

This is an AX6000 model, just like the Asus RT-AX88U, which is our top pick among the best gaming routers. The RT-AX89X sports a more menacing look, though, with twice as many external antennas (eight of them) that help the router resemble a headcrab.

You can decide for yourself if the aesthetic is a pro or con. Outside of its appearance, the RT-AX89X is a dual-band router equipped to serve speeds of up to 4,804Mbps on the 5GHz band and 1,300MHz on the 2.4GHz band, hence the rounded down AX6000 designation.

Those eight antennas should help the router facilitate fast speeds at far distances. I have not tested this specific model, but I do own and use the ROG Rapture GT-AX11000 that also has eight antennas, and the coverage is simply excellent.

Other notable features include eight 1Gbps LAN ports for wired connections (most routers have four), a pair of ultra-fast 10Gbps ports (Base-T and SFP+), and two USB 3.1 Gen 1 ports for sharing storage or a printer over your network.