Home » Say No! More was way better for my wellness than company-sponsored mindfulness

Say No! More was way better for my wellness than company-sponsored mindfulness 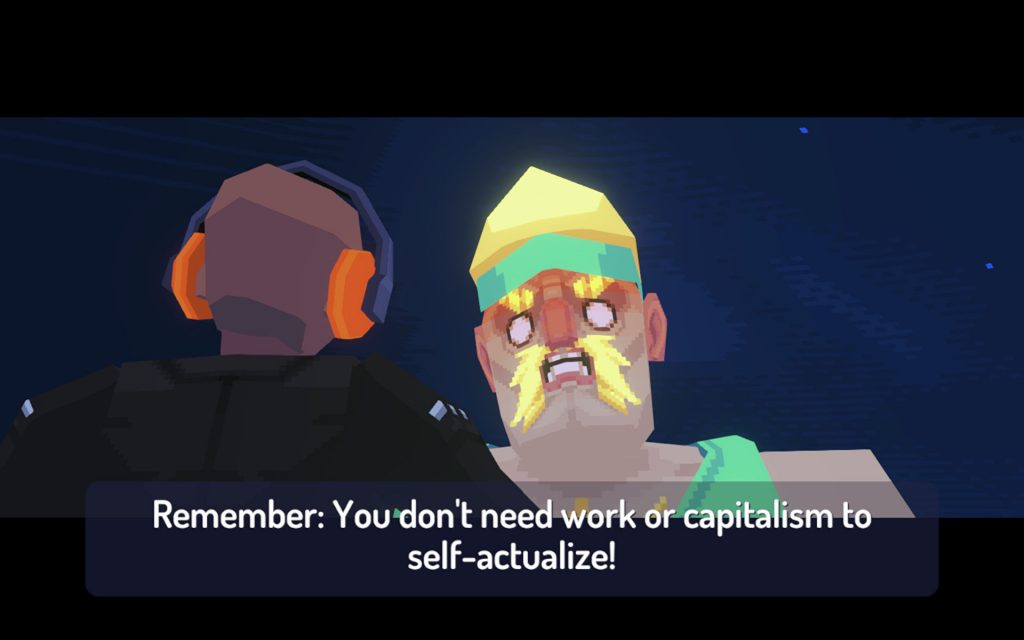 Welcome to spring/summer 2021, the year in which this endless hell enters its Thunderdome mode. We all stagger from our caves, blinking in the harsh daylight, to batter each other for the chance to order a pint and drink it in a freezing beer garden going “Yeah, it’s not actually that cold today, is it?”

If you’re anything like me you’ll have been getting loads of emails about wellness and mindfullness. I’ve been getting them from my hairdresser. I’ve been getting them from cheese companies that I signed up to once like a year ago because I wanted a massive box of cheddar. Pretty sure I even got one from my bank, which is weird. Businesses out there are very concerned that we stay mindful and well in this difficult time. But none of the tips for easy yoga stretches I can do on my lunch break have done me as much good as Say No! More.

In Say No! More, which came out on Steam a few weeks ago, you play an intern who cannot say no. Indeed, nobody can. It has been banned; it is a forbidden word in the huge office you now work in. But when you sit at your desk you discover a motivational casette tape, where a beefcake-meets-drill-sergeant man who sounds vaguely like Gilbert Gottfried teaches you how to say no. It is a very powerful word.

It’s so powerful that it physically blasts both people and furniture out of your path. Co-workers go from asking you to get milk to cowering and apologising. You stampede around on your unbending matchstick legs, destroying masonry and liberally showering loud declinations on everyone. Never again must you go to a peer’s party this weekend.

You learn to charge up your no, as well as how to use distration techniques like sarcastic clapping, and different tones of no (e.g. lazy, which comes out as a dismissive “Naaaah…). Saying no is literally a super power in this game. And it works really well because it basically is in real life as well.

Sure, saying no to someone in real life might not fling them across the room, but for a substantial number of us, who have been raised to be compliant and helpful, being able to say no is magical. It has taken me a long time to learn to do it (and sometimes I still forget).

One time I was too tired to go out at the weekend, but was trying to think of a better reason because saying that I just wanted to lie on the sofa eating bread didn’t seem good enough, and a friend of mine said “Oh, you just politely tell whoever invited you ‘Sorry, I can’t make it’ without giving a reason. Nobody ever asks why.” He might as well have told me “I figured out how to turn lead into gold.” It was like getting a cheat code for life.

And I appreciate that the people writing those corporate wellness emails or putting together the seminars about positive thinking probably genuinely care about what they’re doing. And they probably are helpful to some people. Just, sadly they’re just not at all helpful to me. But what did put me in a great mood this week was this yelling-no-at-everyone-in-an-office sim.

Say No! More is very short but immensely satisfying. It casts universal capitulation as a global, systemic problem, and, at the same time, being realistic and setting boundaries as a path to everyone being healthy and happy. But not in a preachy way. In an absurd way. The world of Say No! More is cartoonish and ridiculous. How stupid would it be if everyone only said yes, all the time? Why, you’d have to eat so many sandwiches with fillings you don’t like! Ho ho ho.

I obviously don’t agree with all the morals of the story that Say No! More delivers right down the barrel of the camera. One of those at the end explicitly says that this isn’t meant to extoll the virtues of saying no to everything ever all the time, or that saying yes is inherently bad in any situation, which feels like a bit of a capitulation to CinemaSins-esque literalism. But stomping around yelling no for an hour and change sure is an energising time.

So do I want to learn about stress-busting breathing exercises I can do at my desk?