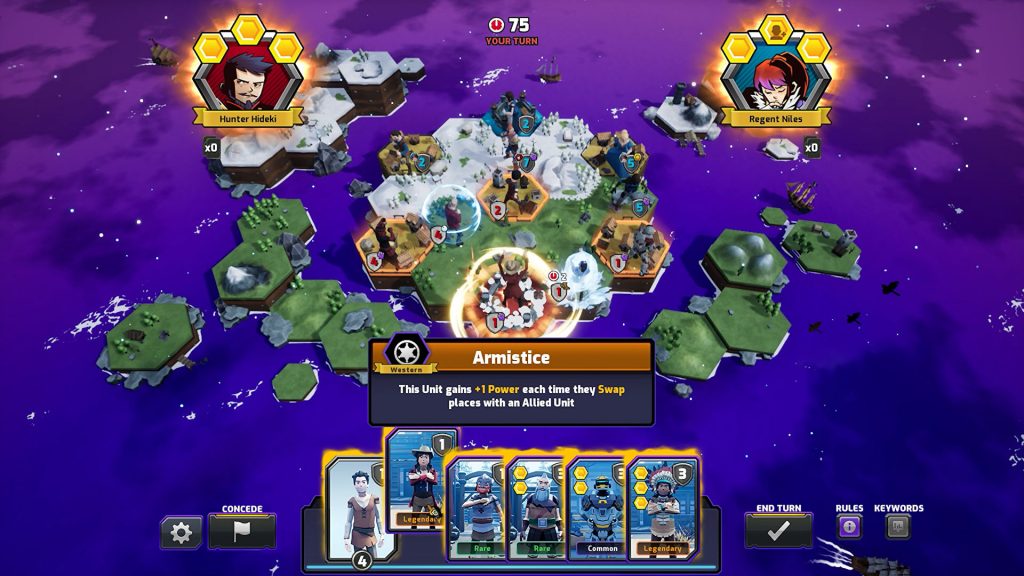 The folks behind Scribblenauts have sketched out something a bit different this time around. 5th Cell’s new game Castlehold is a competitive strategy game that’s just appeared in early access. It’s free to play and launched today, so you can jump in and begin scratching your head over its tiny battlefield right now.


Castlehold is a multiplayer strategy game where you’ll march your army across a hex-based field to capture your enemy’s castle. Deploying troops requires cash though, which you’ll get by capturing and holding villages on the map. 5Th Cell call it their “active resource control” system.


“Controlling or denying enemy gold-generating villages on the battlefield is the key to victory,” they explain. “You must decide when to hold onto your villages, enabling you to deploy stronger, more expensive troops, when to advance taking the enemy’s villages, and when to strategically retreat.”


Sounds like it’s the management side of combat, then. Castlehold has a pretty small playfield but it looks like there’s still plenty of room to strategise by choosing your preferred troops. At early access launch, 5th Cell say you begin with 70 troops and can unluck up to 300. You’ll also have five captains and four battlefields to choose from.


As for the future, 5th Cell say they plan to leave early access after around six months to a year. “We plan to continue our work on balancing existing units, adding new units, captains and other battlefields. And additionally hope to delve into new game modes.”


You can find Castlehold over on Steam where it’s free to play. 5th Cell say it will remain free after early access as well.