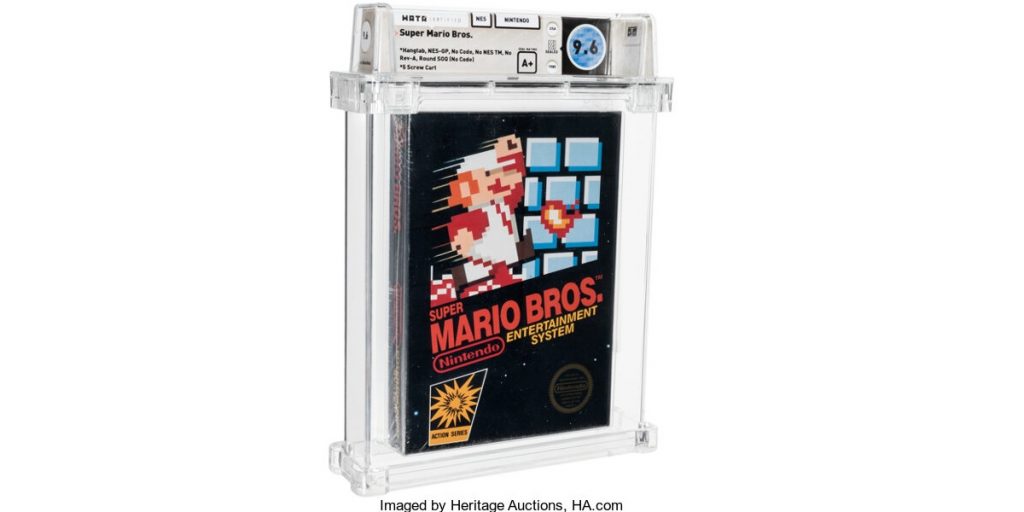 The Heritage Auction page for the game reads: “Not only is this the finest plastic-sealed copy with a perforated cardboard hangtab we’ve ever offered of any black box title, it is also the oldest sealed copy of Super Mario Bros. we’ve ever had the opportunity to offer. This is only the fourth version of Super Mario Bros. ever produced, and its window of production was remarkably short.”

It goes on to explain: “Just to paint a better picture of how short this really was — the nationwide release for the console came in mid to late 1986, and black box games distributed for that release did not have the “Game Pak NES-GP” code. It’s worth mentioning that Nintendo managed to add the trademark symbol to the Nintendo Entertainment System on their game boxes by the beginning of 1987. That certainly doesn’t leave much time at all for this variant to be produced in-between the two!”

I’m actually amazed that there was yet another sealed copy of Super Mario Bros out there to auction — how many of those can exist? According to CNN, the game had been sitting, unopened and untouched, in the seller’s desk drawer until they rediscovered it. That’s like opening your dresser to find actual pirate treasure. A previous record holder in the “expensive gaming collectible” category was the only known prototype of the Nintendo Play Station which also sold at Heritage Auctions, this time for the princely sum of $360,000.