Home » Secrets of the Jungle Event: shiny Celebi, Rufflet and Jessie and James

Secrets of the Jungle Event: shiny Celebi, Rufflet and Jessie and James 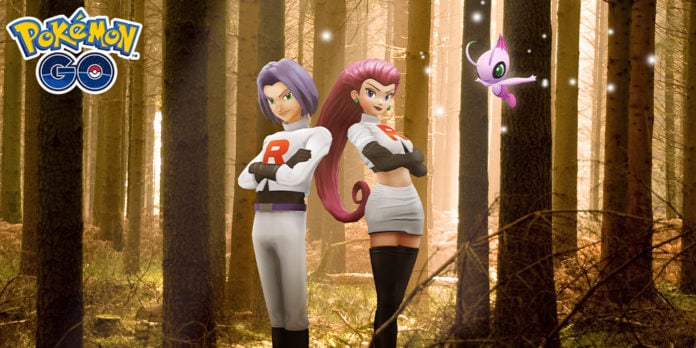 Pokémon GO has announced one of the most exciting updates that has ever come to the game, with the news of a new event to celebrate Pokémon the Movie: Secrets of the Jungle that includes the return of not only Jessie and James in Team GO Rocket Balloons, but for the first ever time, Shiny Celebi!

We’re excited to announce that the latest Pokémon film, Pokémon the Movie: Secrets of the Jungle, is coming soon! In celebration of the upcoming release, beginning on Monday, December 14, 2020, Jessie and James will be returning to Pokémon GO, and you’ll be able to encounter Shiny Celebi by completing limited-time Special Research! You can also look forward to lots of other in-game content inspired by the movie!’

The event will start on Monday, December 14, 2020, at 8:00 a.m. local time, with a variety of different smaller events occurring once this event starts!

Prepare for trouble, and make it double for this research! Stay tuned for updates on when this Special Research will become available.

Be sure to check out the avatar items inspired by Jessie’s and James’s outfits from Pokémon the Movie: Secrets of the Jungle. These avatar items will be available for free in the Style Shop!

With this event different Pokémon will be appearing in the wild, in raids, and in eggs, and we will see Shiny Rufflet released!

Rufflet has been an incredibly rare encounter so far, so this may be the perfect chance to add it to your Pokédex.

On December 25, 2020, from 8:00 a.m. to 10:00 p.m local time Jessie and James’s Meowth balloon will be appearing more frequently! Be sure to use this opportunity to challenge the duo and battle their new Shadow Pokémon.

As Koffing and Ekans, their previous Shadow Pokémon, were available in their shiny forms, we hope their new Shadow Pokémon will be too!

This series of events to celebrate Pokémon the Movie: Secrets of the Jungle is a really huge deal! A guaranteed shiny mythical, as well as this also being the opportunity to get a second Celebi is massive.

Many of the Pokémon featured in the event have shiny variants, plus we also have the introduction of shiny Rufflet for the first time. Baby Pokémon featuring in 5km eggs is a great time to grind for those rare shinies that aren’t always included in the egg pool.

And on top of all that excitement, Jessie and James are returning with potentially new shiny shadow Pokémon too! Hype!

More details will be coming soon regarding these events and we will be sure to update you as soon as the information is released.