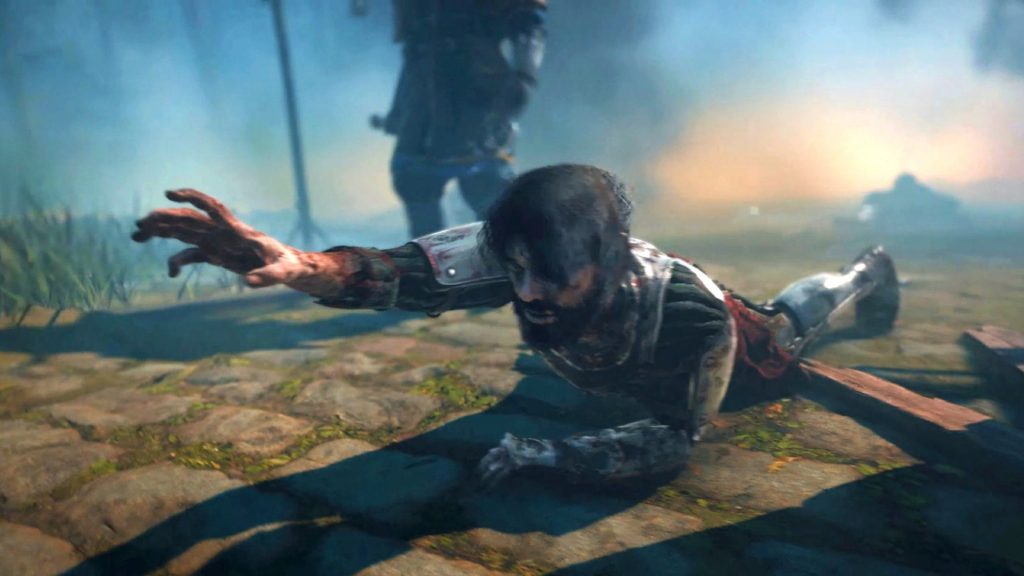 We’ve put countless cities, towns, villages, and dwarven holds under siege during our thousands of collective hours in the Total War strategy games, but these experiences have always been from the perspective of the battlefield commander. What are those sieges like for the people living in these settlements? Siege Survival: Gloria Victis is an upcoming hybrid of strategy and survival games that puts you in the tattered boots of a city resident, and it’s your job to live and help your town repulse a Viking invasion.

Holed up in the keep of a medieval town under siege, you’ll have to gradually piece together the means necessary to survive the onslaught of enemy troops and help the castle defenders push them back. Rather than commanding formations of troops, you’ll be controlling a small but growing group of rag-tag survivors, and you’ll have to decide how each one spends his or her time and resources.

At night, for instance, you can sneak into the occupied city to forage for food and scrounge materials. That’s dangerous, however – hostile troops patrol the city districts, and you’ll have to be careful about how far you press your luck on nightly excursions.

During the day, you’ll be charged with building up your infrastructure. For food, you’ll want to rebuild a garden and the pig pens, and you’ll want a workbench in order to make arrows to send to the castle walls. But another attack from the besieging horde outside could arrive at almost any time, and so you’ll have to be careful about moving your friends to safety to avoid being flattened by a catapult’s payload.

We’ve had a couple hours with the latest build of Siege Survival, and it’s a compelling game – there’s the rewarding feeling of carefully placing key structures so they’re protected from enemy projectiles as you’re building up your encampment, and the satisfaction of opening up shortcut routes in town during the stealthy nightly foraging sessions. All this is wrapped around the tough type of decisions we recall from This War of Mine.

Siege Survival will be launching sometime during the second quarter of the year, but there’s a free demo you can try right now if you head over to Steam. It’s worth checking out if you’ve ever wondered what it feels like being on the receiving end of the battering ram.