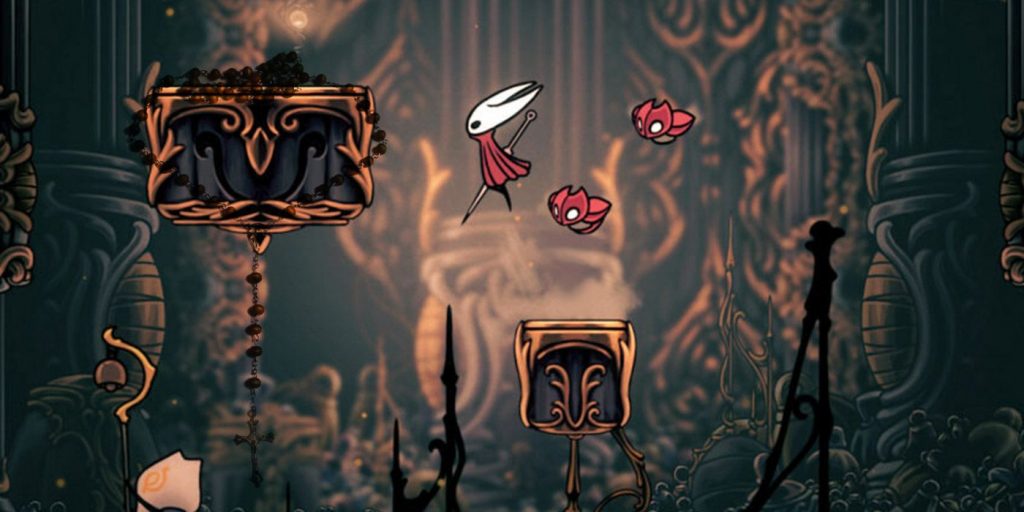 Hollow Knight: Silksong is getting rid of Geo as the main form of currency, instead players will collect and use Rosary Beads and Strings.

From what Team Cherry has revealed about Hollow Knight: Silksong so far, it seems like there will be considerable changes from what fans saw in the first game. Although the game will obviously continue to carry out part of the narrative from the first game, there will be plenty of new things as well. Fans are already familiar with the main character, but there are considerable gameplay changes between the Knight and Hornet.

In general, the setting of Hollow Knight: Silksong seems to be targeted towards the ascension of Hornet to the Citadel. This is an interesting contrast to the theme of descending that characterized Hollow Knight. The currency seems to be affected by this new theme, as now players will be encountering Rosaries instead of Geo.

In Hollow Knight: Silksong, Hornet will no longer be collecting Geo, which was the form of currency used in Team Cherry’s first game. Instead, the player will have to keep an eye out for Rosary Beads. These beads will be obtained similarly to how Geo was gathered. Players will get Rosaries whenever they kill an enemy. The Rosary theme might make some think about religion and there does seem to be a spiritual component to Silksong.

In Hollow Knight, players could also obtain Geo from rocks or chests. Although there does not seem to be any Rosary rocks like the ones of the first game, players should keep an eye out for Rosaries caches throughout the game. Rosaries can be found hanging from the ceiling in different parts of Pharloom. Team Cherry seems to be keeping up the quality from the previous Hollow Knight game and this can be seen in things like the fact that hanging Rosaries have an animation to make them move with the wind when they are hanging from ceilings.

Players can stumble across currency in Hollow Knight: Silksong in the form of loose Rosary Beads or Rosary Strings. The advantage of having a Rosary String is that it is not as easily lost as Rosary Beads. Particularly, when Hornet is killed, she will not lose her Rosary Strings even though she will lose all of the loose Beads she possesses. This is one of the major changes from Hollow Knight, in which the Knight lost all of the Geo until getting the shade back.

Rosary Strings do not seem to be as easily found as loose Beads. However, this does not mean that the player will only have the opportunity to collect a few Rosary Strings and cherish them throughout the game. The player has the option to pay for loose Rosary Beads to be strung together. In the spread of Edge magazine, Hollow Knight lead designer Wiliam Pellen showed how Silksong‘s new system works by paying 120 Rosary Beads to obtain a Rosary String of a hundred Beads. Although this might seem a bit pricey, it is a good option so players can secure their Rosaries.

Having a Rosary String serves as a form of banking system. Instead of going to a Millicent equivalent in Hollow Knight: Silksong, players will get to keep their currency safe with them as long as they have Rosary Strings. Players will still have access to the Beads either way, since Rosary Strings can be broken into loose Rosary Beads at any time. In a way, the Rosary String system will work as a piggy bank that Hornet will get to carry around as players follow her through her ascension to Pharloom’s Citadel. Furthermore, Strings might be another component connected to Silk in the new Hollow Knight game.

Hollow Knight: Silksong is currently in development for PC and Switch.