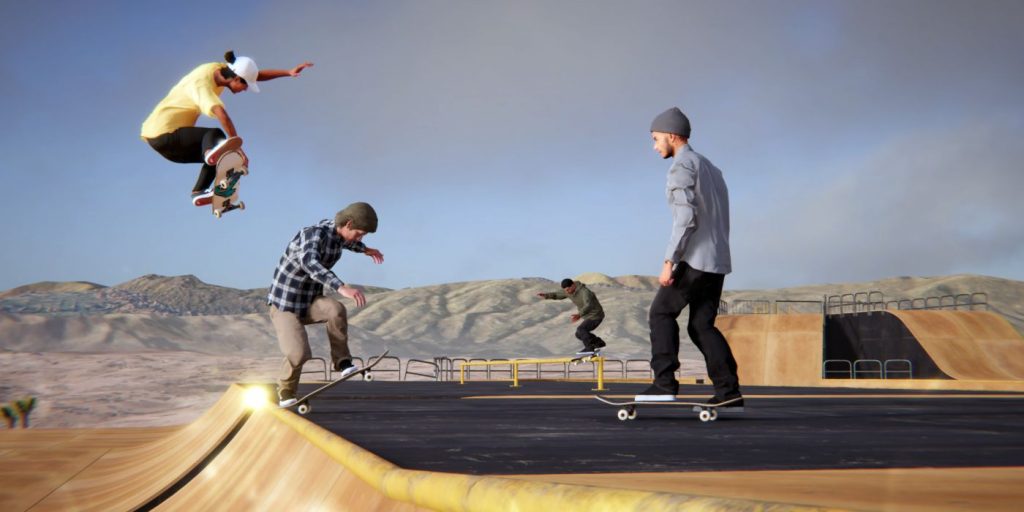 Skateboarding game fans have long awaited not just the return of AAA releases in the genre, but also improvements to the genre. Tony Hawk’s Pro Skater 1 + 2 helped provide a surge in popularity for skating games in 2020, but all eyes are on Skater XL for trying to take the genre to the next level. Unfortunately, Skater XL had a challenging launch as initial reviews noted a lack of content and a need of polish. Skater XL has steadily improved since launch, however, and now seems ready to make a major step forward — adding multiplayer.

This past Friday Skater XL announced the start of its multiplayer open beta. Skater XL players can opt-in to the beta via their Steam options, which will allow players to install a separate beta version of the game which features multiplayer. The announcement makes no mention of an end date for the multiplayer beta, so Skater XL players can presumably play it as much as they like until Easy Day Studios decides to push the beta into the live version of the game.

This multiplayer update isn’t a stunted version of what Easy Day Studios is planning, either. It already includes some substantial features, though it’s described as Skater XL‘s “first step” bringing social modes into the game. This first mode allows for up to 10 players to group up in a single free roam game. Players will be able to not only join a private lobby with their friends, but can also join a random room to skate with strangers. Additionally, replay functionality is enabled and fully supports Skater XL‘s replay editor.

One thing that Skater XL users should keep in mind when playing the new open beta is that it’s intended to be a stress test. In other words, servers may initially struggle to deal with the player load, and there may be some unexpected errors. It may take some time before Easy Day Studios can get everything working in a polished manner, so players should be patient.

That patience will be rewarded, according to Easy Day Studios. As mentioned earlier, Easy Day wants to expand its social functionality, but it’s also going planning to enable cross-platform play once the servers stabilize. Soon, Skater XL could be offering that truly unique mainstream skating game experience fans have been asking for across multiple platforms.

Skater XL is available now on PC, PS4, and Xbox One.

Outriders is Already Disappointing Players With Its First Changes