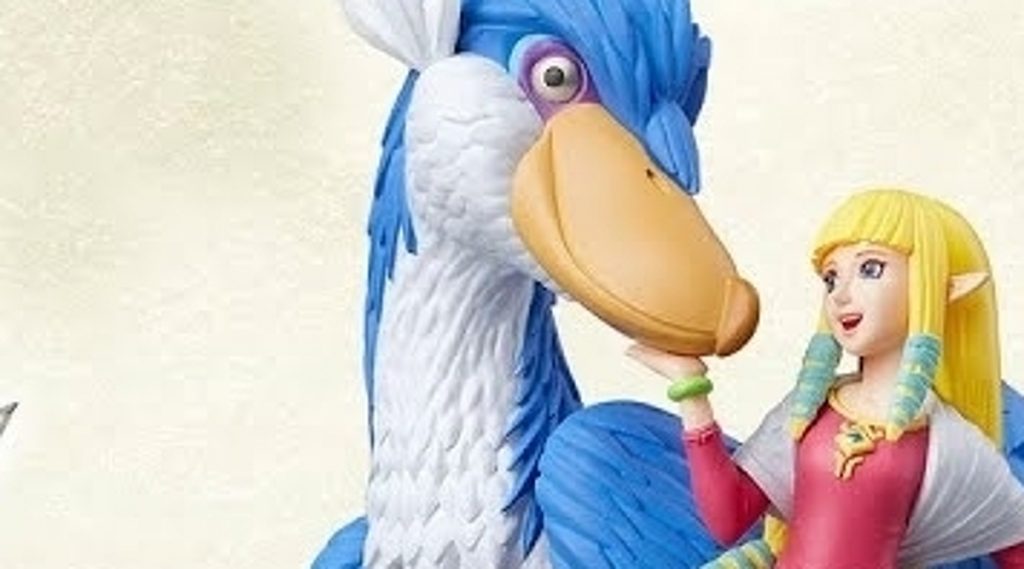 Nintendo has revealed a Zelda and Loftwing amiibo figurine which launches alongside its Skyward Sword HD remaster on 16th July.

Tapping the amiibo to your Switch lets you zip between the game’s airborne overworld and Hyrule’s surface, wherever you are – a handy feature not available in the original game. See this in action in the trailer below:

The fact Nintendo has added this ability will undoubtedly save time when playing Skyward Sword HD. You no longer have to visit specific points to swap between the sky and land, you can return to the exact spot you left, and you can even use the amiibo ability when in dungeons. Nice!

But some fans have also been quick to say this feature should not be reliant on an amiibo figurine – and that all players should be able to benefit.

Other recent Zelda games have also launched with accompanying amiibo figures. Memorably, Twilight Princess HD launched with a Wolf Link amiibo who could then spawn Wolf Link as an ally in Breath of the Wild – the only way to make this character appear.

We’re yet to see pricing for the Zelda and Loftwing amiibo, but will update when we do.