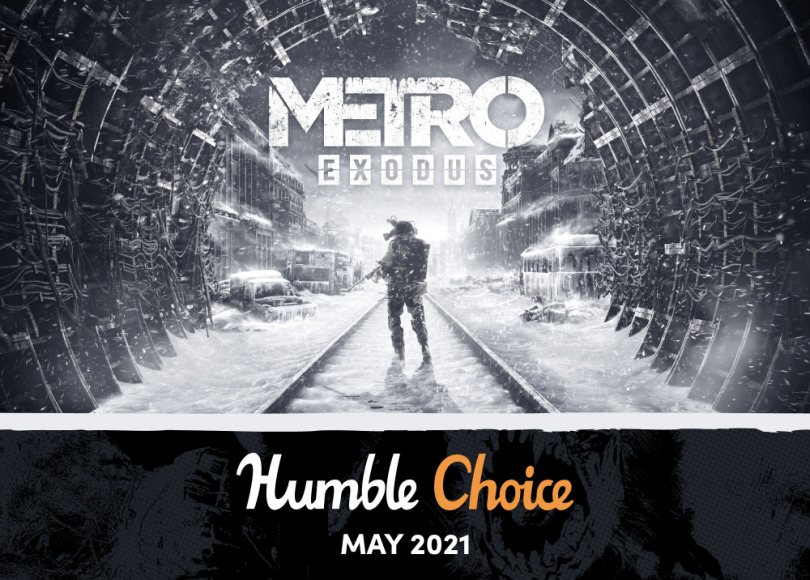 Humble Bundle has just announced that the critically acclaimed hit game Metro Exodus will be featured in their upcoming Humble Monthly Bundle’s 12-game lineup. Also the May Humble Choice will feature Darksiders Genesis, Hellpoint, and 9 more games for a total value of $260.

At the moment, you can still get the April Monthly Bundle including 13 STEAM games for only $12. (Full list below)

WANT or SKIP? 😉 Btw… the next bundle is available starting May 4th at 10am PT.

The current “April Choice” Bundle for $12

Flee the shattered ruins of the Moscow Metro and embark on an epic, continent-spanning journey across the post-apocalyptic Russian wilderness. Explore vast, non-linear levels, lose yourself in an immersive, sandbox survival experience, and follow a thrilling story-line that spans an entire year in the greatest Metro adventure yet.

DARKSIDERS: GENESIS gives players their first look at the world of DARKSIDERS before the events of the original game. Furthermore, it introduces the fourth and last horseman STRIFE, as well as Co-op gameplay for the first time in the history of the franchise.

Hellpoint is an intense action RPG taking place on Irid Novo, a derelict space station soaked in an intoxicating dark sci fi atmosphere. Fight dreadful creatures, face the Cosmic Gods and unravel their twisted story. Should the challenge be too great, play with a friend in local or online coop.